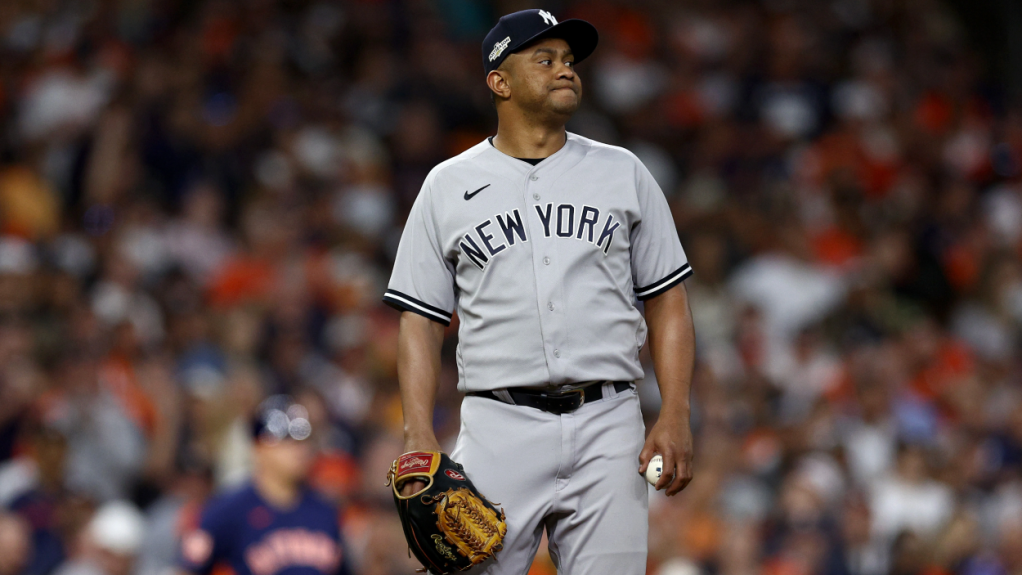 If you’ve followed the 2022 New York Yankees, you know that they can never take responsibility for a loss. All year long, it’s been one excuse after another, and rarely “we need to play better” from manager Aaron Boone and his players.

You’d think it would stop in the playoffs, where each day is much more results-focused. But, Boone made excuses for his poor managing in game three against Cleveland . And, he and his team did the same thing after Thursday night’s 3-2 loss to Houston in game two of the ALDS. Houston now leads the series 2-0.

It was a strange game. The only Astros runs of the game were on a three-run homer by Alex Bregman that was not hit hard at all.

And, later in the game, home run king Aaron Judge barely missed a two-run shot that would’ve put the Bronx Bombers up 4-3.

Ironically, the ball of Judge’s bat would’ve been a home run in Yankee Stadium.

According to Statcast, this Aaron Judge flyout would have been a HR in one MLB ballpark. Guess where. pic.twitter.com/dCdsFnRyv7

Luis Severino called the Astros “lucky” because of wind … Listen, idk what game these people just watched, but I saw a Yankees lineup yet again fail to look even remotely capable of scoring. The excuses have to run out soon. pic.twitter.com/scXSEGyu37

And, manager Aaron Boone did the same thing.

Aaron Boone blaming the weather for a loss?
pic.twitter.com/psQNh8Xegf

Catcher Kyle Higashioka also did it.

This is loser mentality. pic.twitter.com/Ynl9d5IUUG

My lord. They are some big losers.

Yanks sound like losers after the game. Shut up about exit velo. Try hitting the ball.

Most Yankee fans and baseball observers agreed with him.

Bottom line is the Yankees scored 2 legitimate runs and struck out 30 times in 2 games.

Stop with the excuses. It’s embarrassing.

Both teams played in the same conditions. Stop the excuses. Take the 2 Ls and gather/rally the troops to defend the Bronx. These answers are soft. #Yankees #MLB https://t.co/zLlDnicOq7

It hearkens back to this tweet from the beginning of the season. Seems like things have changed.

New York will have to win what amounts to a must-win game in game three on Saturday at Yankee Stadium.