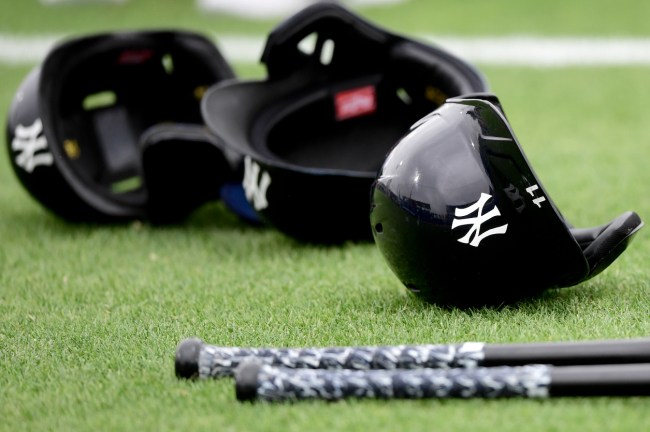 Back in 2019, the New York Yankees selected outfielder Jake Sanford in the third round of the MLB Draft. Sanford was expected to be a quick riser in the Yankees farm system, and the organization had high hopes for his offensive prowess.

Unfortunately, the Yankees cut Sanford after he was caught stealing and selling teammates’ gear online, according to Brendan Kuty of NJ.com.

Sanford played for the Hudson Valley Renegades in the Yankees farm system and hit 16 home runs with 61 RBIs between the Renegades and the Tampa Tarpons in 2021.

But, as Kuty reported, Sanford stole some equipment from his teammates and sold it online. To make matters worse, he created rifts with fans who purchased the gear online and was accused of scamming.

Buyers would win the bid for the items, and time and time again, Sanford would not follow through with his end of the deal.

One person who got scammed by Sanford is Shane Ronan: “Then he ghosted me. He got a bit nasty with me about it.”

Ronan isn’t the only fan Sanford scammed. Others lost hundreds of dollars by purchasing gear online and never receiving it from him.

This is not a good look for Sanford, who quickly deleted his Twitter account and will now face an uphill battle to get back onto a Major League path.

Nonetheless, Sanford quickly landed on his feet and was signed by the Ottawa Titans of the Frontier League, and he was inserted right into the starting lineup for the Titans. They might face a rough time after signing the controversial prospect.

Believe this is a team debut for Jake Sanford, who obviously has the current allegations looming over his head from his time in the Yankees organization. https://t.co/GfvjlAwIyj

Still, despite the new destination for Sanford, his reputation has gone all the way out the window, and fans will be remembering this for quite some time. The situation will only worsen as more people come out with reports of Sanford’s wrongdoing.