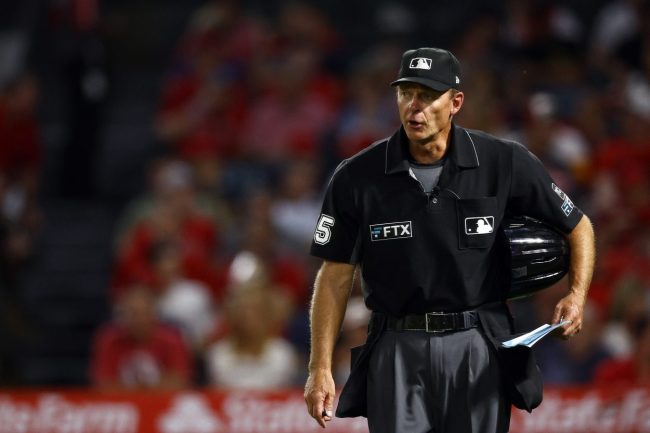 The St. Louis Cardinals and New York Yankees got in a good old fashioned slugfest on Sunday night with the Cards eventually coming out on top, 12-9. But it with neither the Cardinals nor the Yankees that were the story of the game. Instead, that honor belongs to home plate umprire Ed Hickox.

Hickox has had a tough go of things behind the plate in 2022. According to Umpire Scorecards, the 32-year veteran ranks in the bottom half of the league in ball-strike accuracy.

But his showing in Sunday night’s game was absolutely next level.

Hickox had a 92% overall accuracy, which is actually far better than Doug Eddings’ disaster earlier in the year. But his 91% overall accuracy matches Eddings’ debacle. What’s worse, at least for Yankees’ fans, is that Ump Scorecards determined that Hickox’s calls benefited St. Louis to the tune of a monstrous 3.01 runs. The number is bad enough on its own, but made worse when you consider the Cards won the game by three runs.

Hickox’s called strike accuracy was just 86%, meaning that 11 of his 81 called strikes were actually balls. It’s a wonder that the teams combined for 21 runs in the game.

This is comical. Throw Ed Hickox in jail https://t.co/koyWdboDp2

Of all MLB games this season, this is the second highest Overall Favor that we've seen. Over 3 runs to the Cardinals in a 3-run game. https://t.co/EiX7ywE6Pw

Ironically, Hickox’s grade wasn’t the worst with regards to overall accuracy. In fact, it wasn’t even close. That distinction goes to the honorable C.B. Bucknor.

Bucknor had just an 87% overall accuracy. His 91.4% average accuracy this season is the worst among regular home plate umpires.

The New York Mets are no longer the only ones paying for Bobby Bonilla's infamous contract. https://t.co/dDDW2SHtuu

So, maybe those robot umps aren’t such a bad idea after all?