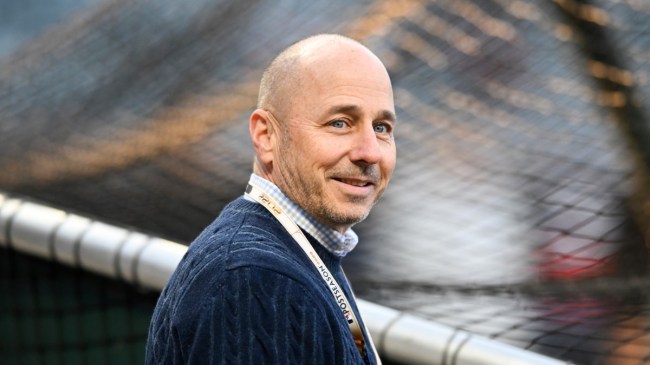 It’s been thirteen long, tortuous years for New York Yankees fans without a World Series title or appearance. The common denominator is general manager Brian Cashman. Cashman has worked for the franchise for over 30 years and was part of the dynasty of the late 90s. But, he’s only been able to bring home one World Series title with a core of players other than the one built by Bob Watson in the 90s.

Lately, the team has seen less postseason success than the rival Red Sox, and the crosstown Mets are arguably the biggest financial powerhouse in the sport. Many fans are fed up with the lack of investment in the team under Cashman and owner Hal Steinbrenner, son of the late George.

The New York Yankees today announced that the club has re-signed Brian Cashman to a four-year contract through the 2026 season to continue serving as Senior Vice President and General Manager. pic.twitter.com/IPLP31HwVc

This franchise is a pathetic unserious joke. Which is why we haven’t won anything in 13 years

So literally no accountability. Must be nice. What a joke

The fact that the team announced Cashman’s extension before they signed Aaron Judge is wild.

What have I done to deserve this???
I'm really not a bad person

Not a single fan of the other 29 teams has an ounce of empathy for Yankee fans.