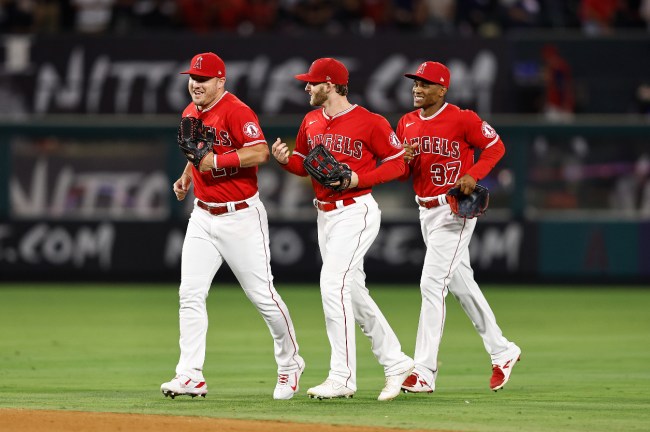 Sports betting is becoming more and more popular. On top of that, states are legalizing it more and more across the United States.

On Monday night, the Los Angeles Angels and New York Yankees faced off against each other. One bettor place a ton of cash on the over on the run line, which was set at 8.5.

It looked good for most of the game, and the Yankees and Angels entered the final frame with the score at 4-3. So, the bettor needed just two runs to cash in.

In the ninth, with a runner on first, Yankees’ Oswaldo Cabrera hit a deep drive to center field.

But, yeah, it didn’t work out for the bettor.

That last out had to hurt 😬

The ball was caught right before the wall, and instead of a 5-4 Yankees lead, the Angels won the game, 4-3. The bettor missed the over and lost out on the $315,000 bet that he placed earlier in the day.

There are plenty of bad bets, and this might be one of the most gut-wrenching, heartbreaking losses this season in the MLB.

If only one team would have gotten one more run, this bettor would be enjoying a nice payday. Instead, he is sitting in pure disbelief. You win some, you lose some.