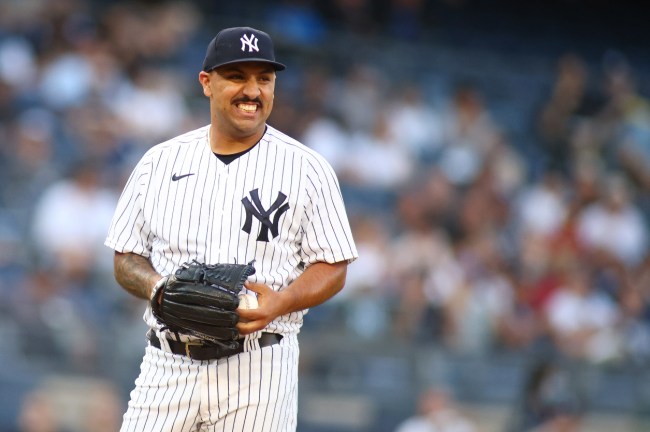 It has been a magnificent year for New York Yankees pitcher Nestor Cortes. He has been enjoying this season on the baseball field with career highs across the board. Cortes has put together a 7-3 record with a 2.63 ERA and earned a trip to the All-Star Game in Los Angeles.

This was Cortes’ first All-Star appearance, and at this rate, he will be playing in the Midsummer Classic at least a couple more times. Cortes was seen talking to his catcher and Yankees teammate, Jose Trevino, during the game, and what a sight it was for Yankees fans.

He finished with a scoreless inning, striking out two and walking one in his All-Star Game debut.

Then, his life changed drastically after the game in a good way. According to TMZ Sports, Cortes proposed to his girlfriend, and she said yes.

Cortes shared the news on Instagram, and his great week ended on a high note from a personal perspective.

What a week it has been for Cortes, and now the Yankees southpaw will prepare for the second half of the season as they try to capture the American League East crown and make a World Series run,