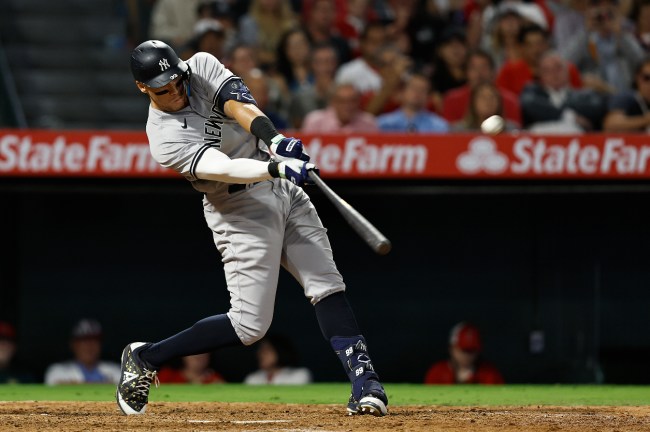 The New York Yankees have had plenty of historical icons wear the pinstripes and play games in New York. Babe Ruth, Mickey Mantle, Roger Maris, Lou Gehrig, and a ton of other superstars have worn a uniform for one of the greatest franchises in all sports.

However, this guy named Aaron Judge just continues to make history and cement his name into the team’s record books. On Monday, Judge entered historical territory once again.

After hitting another home run (his 50th of the year), he placed his name next to Babe Ruth AND Mickey Mantle. He joined them as the only players in Yankees history to have multiple seasons of 50 home runs. Earlier this season, he joined Mantle and Ruth in another franchise record, so this isn’t new for him.

Judge is destroying the baseball this season, and one can only imagine what kind of wild contract he gets offered in the offseason. Hopefully, for Yankees fans, he remains in New York, although plenty of questions swirl about his future with the team.

Nonetheless, the Yankees might be one of the favorites to win the American League, and Judge should be fully entrenched in the AL MVP race. Aaron Judge just continues to cement his name in Yankees history.