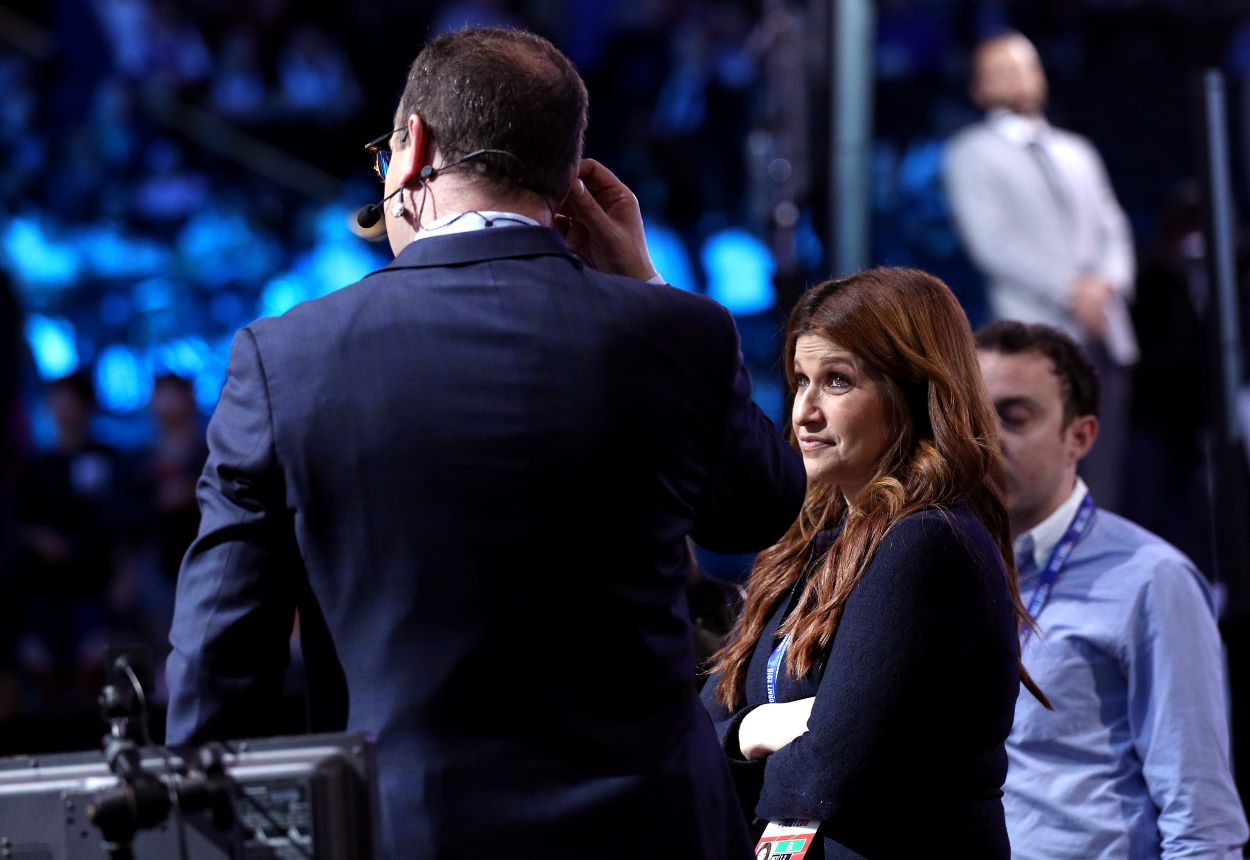 You see that looks Rachel Nichols is giving Adrian Wojnarowski in the photo above?

That’s the same look that all of NBA Twitter is currently giving Woj.

The ace NBA reporter has exploded into prominence in the last decade for being the premier basketball reporter. If there’s a big story in the past 10 years, Woj probably broke it. But one thing he does seems to not be sitting so well with NBA fans.

To be fair to Wojnarowski, ESPN is paying a whole boatload of money to just that. His job is to be first, especially with former protege-turned-foe Shams Charania doing the same at The Athletic.

But drafts are all about surprises, and if those are gone then so is a lot of the fun. So people weren’t super pleased when he appeared to give away each of the top three picks.

As team boards finalize today, the 1-2-3 of the NBA Draft is increasingly firm, per sources: Jabari Smith to Orlando, Chet Holmgren to Oklahoma City and Paolo Banchero to Houston.

that just blew me! woj would spoil ya gender reveal if he could

Woj is going to spoil the Stranger Things ending next and I’m going to be super pissed.

Woj is that kid whose parents would let them stay out late on a school night to go to the midnight premiere of a movie then spoil the whole thing to everyone in class the next day. https://t.co/8WXP2elrsi

You know what I hate?

Woj and Shams doing all they can do to spoil the draft. Let us watch the draft man.

Fans just want to watch the NBA Draft in peace. And muting Woj is tough to do, since he’s also likely to break any impending trade news.

Welp, no need to tune in guys. Woj will spoil the whole draft by the end of the day. https://t.co/gNBFxaK1ky

Not even waiting till 9am day of the draft to spoil every pick? LMAOOOO, NBA may want to take some notes on how the NFL does the draft lol https://t.co/bWoy7sFY0C

Kings stay kings. But it’s hard to imagine that ESPN is overly happy about a marquee event being spoiled well ahead of time.