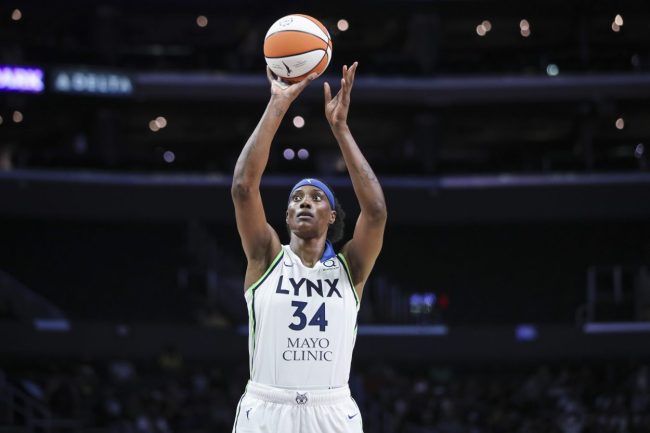 After a legendary college career at LSU, the Chicago Sky selected Fowles with the second overall pick in the 2008 WNBA Draft. Over the next decade plus, the 6-foot-6 center would cement a legacy in the league that will never be forgotten.

Fowles made eight WNBA All-Star teams, seven WNBA All-Defense first teams, three All-WNBA first teams teams and won the league’s MVP award in 2017. She’s a two-time WNBA champion in 2015 and 2017, and both times she was named the WNBA finals MVP for the Minnesota Lynx.

Now, the league-wide legend is hanging up her basketball shoes and looking forward to her new career, one that nobody could’ve seen coming.

Sylvia Fowles, the WNBA's all-time leader in rebounds, double-doubles and field goal percentage, is poised to fulfill a childhood dream and launch a second career as a mortician.⁰https://t.co/LiFWANEmhO

In an interview with ESPN’s Kevin Van Valkenburg, Fowles reveals that she intends to start a second career as a mortician. And while that may send chills up the spines of many, Fowles’ reasoning is a lovely sentiment.

“I do believe in reincarnation,” Fowles says. “And if I do come back, I think I’d like to come back as an animal. Either an eagle or an elephant. I would love that.”

“Everyone should be talking about it,” she says. “I feel like the main reason people are so scared of death is a lack of education.”

For the past seven years, Fowles has been studying mortuary science, and working part time in funeral homes in Minneapolis and Miami — including every week during her 2017 MVP season, when the Lynx captured a fourth WNBA title — as a way to transition into her next profession: mortician.

The article discusses Fowles other off-court hobbies as well. She enjoys knitting and gardening. One thing is certain, however. Whatever Fowles does next, we’d bet on her being good at it.