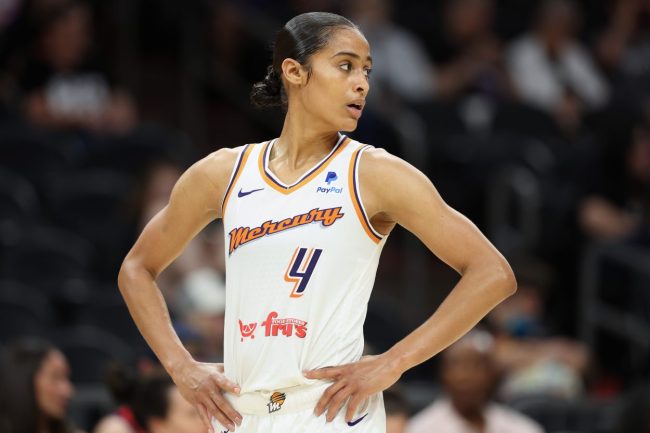 Skylar Diggins-Smith is one of the best players in the WNBA.

The Notre Dame product was the third overall pick in the 2013 WNBA Draft by the Tulsa Shock and has since made six All-Star game appearance. She’s a three-time All-WNBA First-Team selection. And after taking 2019 off due to the birth of her first child, Diggins-Smith is back at her best.

The Phoenix Mercury guard is averaging 18.7 points, 5.2 assists and 3.8 rebounds per game and was just selected to the WNBA All-Star game yet again. Her teammate, Diana Taurasi, was not selected. This is despite Taurasi, a 10-time All-Star and former league MVP, averaging 16.3 points, 4.1 assist and 3.0 rebounds per game.

Mercury coach Vanessa Nygaard was not happy about Taurasi’s exclusion.

"There will be a game in Chicago, but it will not be an All-Star Game because Diana Taurasi is not playing.”

Phoenix Mercury head coach Vanessa Nygaard did not hold back 🌶

“There will be a game in Chicago, but it will not be an All-Star game because Diana Taurasi is not playing,” Nygaard said of the slight.

Understandably, Diggins-Smith took this an insult. She immediately put out the following tweet that seemed like a clear response to Nygaard’s comments.

Ouch. Diggins-Smith’s hit her head coach with the clown emoji. That’s a pretty clear and direct statement at a coach she’ll have to work with for the rest of the season.

The Mercury have struggled this season. Phoenix sits fourth in the Western Conference with a 9-12 record. It’s hard to imagine a loom feud between Diggins-Smith and Nygaard will help that cause.