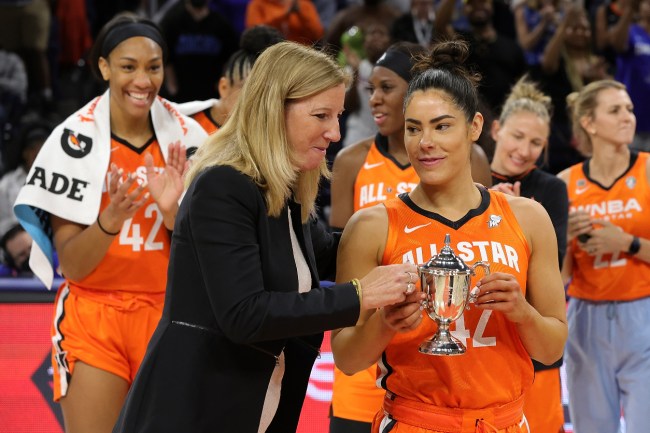 The WNBA is doing anything it can to garner a bigger fanbase. The past few years have definitely improved the sport, but in all, it still sits so far behind the major professional sports.

But, the trophy that Plum received for this award has become a significant talking point. In case you haven’t seen it, here you go.

Yes, that is the entire trophy.

But the one the WNBA gave Plum is an absolute joke, and Twitter roasted the league for this terrible award presentation.

Seriously, WNBA, do better. That’s like the Caddy Day trophy in “Caddyshack.” https://t.co/MkVfV2eBDZ

They want respect? How bout respect your own players and the league itself with a better trophy than this? Like cmon

That’s the trophy? God the WNBA is cheap.

They went to the local trophy store they services the little league games and asked if they were having any sales. She deserves better https://t.co/YXOV12gFGt

The trophy is a joke, and the WNBA might want to pony up a little more money next season. Nonetheless, Plum was grateful, although her face sure looks like she was surprised at the trophy as well.