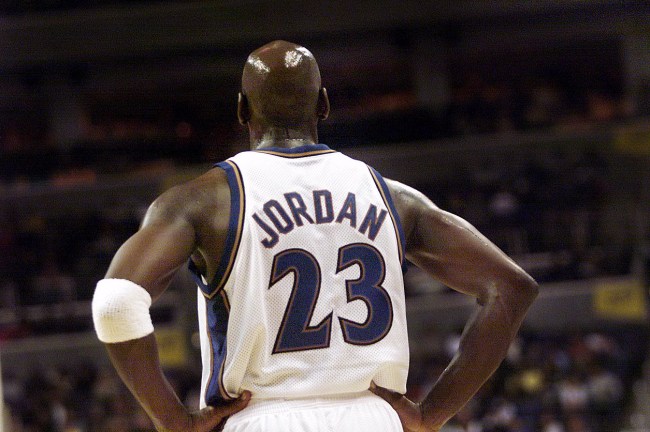 The NBA is undoubtedly going back to the past with some of these throwback jerseys. Now, the Washington Wizards have jumped into the fun.

On Thursday, the Wizards posted a video on social media and revealed the white jerseys that Michael Jordan used to wear. Here is the release:

Nothing beats a classic 📺 pic.twitter.com/E4pPOiRi3A

The video is perfect and is a nice touch on a throwback Thursday.

The Wizards are using these jerseys to celebrate their 25th anniversary since they did the rebrand, and they will also have a custom court for some games during the season.

These uniforms celebrate the team’s 25th anniversary since rebranding to the Wizards name in 1997.

Reactions came pouring in from Wizards fans everywhere, and some fans aren’t thrilled about this.

They need to come back permanently

I hated these jersey’s then and I hate them now. Stick with the Red, White and Blue.

Other fans are loving the return of these jerseys, though.

The Wizards made the playoffs a few times with these jerseys, so maybe they are hoping for a return to the playoffs by bringing these back.

The Wizards did not announce when they will wear them, but it will be fun to see these jerseys and a custom court during the upcoming 2022-2023 season.