Golf World Is Stunned, Disappointed By News Of Star Pulling Out Of FedEx Cup And Presidents Cup 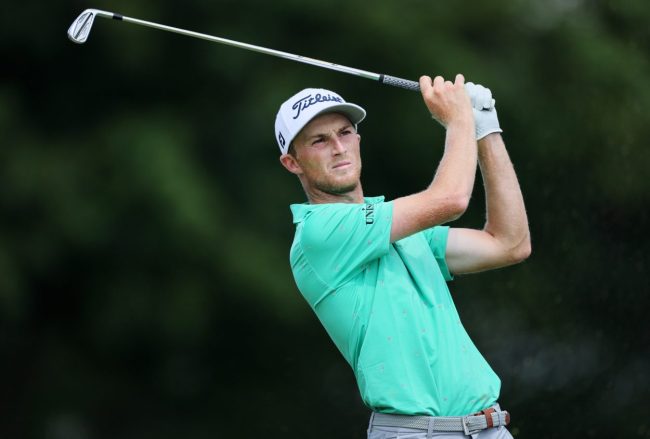 At a time where the PGA Tour is desperately searching for new stars, it may have just found one in the form of Will Zalatoris. Zalatoris, a 26-year-old from San Francisco, has yet to win a major championship, but he’s come plenty close.

The Wake Forest product finish second in The Masters in 2021. He finished second in the PGA Championship this year, and second again in the US Open. The gangly blonde star picked up his first PGA Tour win just two weeks ago at the FexEx St. Jude Championship.

That win vaulted him to No. 9 in the world and he currently sits No. 3 in the 2022 FedEx Cup rankings entering the Tour Championship, which will decide the FedEx Cup champion.

Zalatoris Pulls Out Of FedEx, Presidents Cups Due To Back Injury

FedExCup No. 3 Will Zalatoris has withdrawn from the TOUR Championship with two herniated discs.

He will also miss next month’s Presidents Cup at Quail Hollow.

The PGA Tour announced Tuesday morning that Zalatoris has withdrawn for the event due to two herniated discs in his back. The injury also caused him to pull out of last weekend’s BMW Championship during the third round.

In addition to missing the Tour Championship, Zalatoris will miss the 2022 Presidents Cup at Quail Hollow Club in Charlotte. That event begins on Sept. 22 and features the best of the US against the rest of the world, sans Europe. Zalatoris was considered a shoe-in for a captain’s pick by US captain Davis Love III.

Golf fans were devastated by the news.

Just throw it away and give me winter https://t.co/sTS9ew3FVg pic.twitter.com/hmAut0bOjz

The injury also has massive financial implications. The FedEx Cup winner at East Lake takes home $18 million. But by pulling out, Zalatoris takes the 30th and final spot, netting “just” $500,000.

Oregon and the Big Ten reportedly met…although we aren't sure who was in the actual meeting. https://t.co/DLSJj1qO02

At a time when the golf world is crying out for stars, losing Zalatoris from two of the biggest events of the year is a massive bummer.