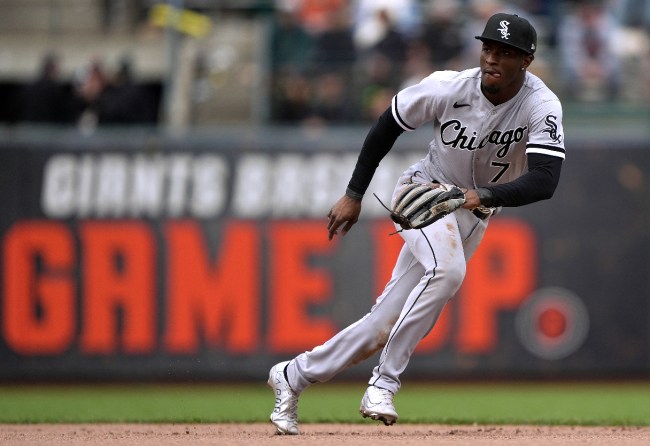 The Chicago White Sox and Minnesota Twins already made headlines this week as Byron Buxton helped pull off a never-before-seen triple play.

It looked like Tim Anderson pulled off a tag-him-out throw-him-out double play to end the inning.

This was initially called an inning-ending double play, but replay showed that Tim Anderson only tagged the runner with his empty glove, allowing a run to score. pic.twitter.com/djaA9pc57m

However, Anderson tagged the runner but had the ball in his other hand.

At first glance, the umpires called it a double play because that’s what it looked like. But closer examination clearly has the ball in Anderson’s other hand and his glove empty, making Max Kepler safe at second base.

So, instead of the White Sox escaping the inning, the Twins scored a run as Luis Arraez scored from third base.

And, of course, the reactions were priceless.

The 2022 White Sox have to be the dumbest baseball team of all time https://t.co/7G20me1uAo

MLB where the level of professionalism is unmatched https://t.co/mPKr4pfy80

The White Sox just did a very 2022 White Sox thing as Tim Anderson tagged a runner without the ball in his glove. Run scores, no DP, inning continues. Yikes

That is just a horrendous play by Tim Anderson and it’s happened way too often this year. #WhiteSox

Simply put, it has not been a good week for the White Sox. We can only imagine what kind of reaction Tony La Russa had to this play unfolding the way it did. Yikes.