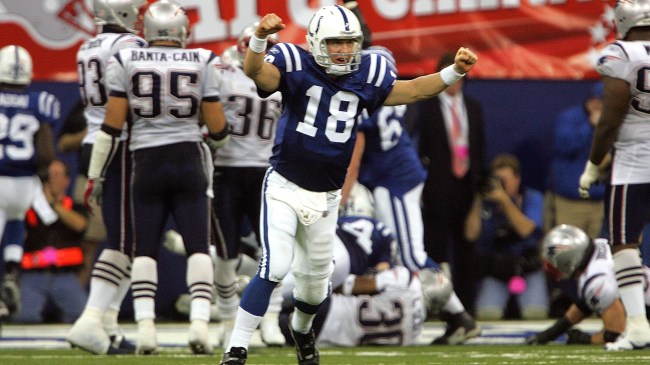 In 1967, the NFL entered a new era by restructuring its postseason and introducing the tournament-style elimination format it’s been using to crown a Super Bowl champion for over 55 years.

Over that span, the NFL playoffs have produced some showdowns for the ages thanks to a number of absolutely wild contests between some of the most talented teams in the league.

2023 has been no exception, as the wild card round kicked off with a comeback for the ages thanks to the Jaguars, who overcame a 27-point deficit against the Chargers and punch their ticket to the next round following the improbable surge. The second quarter of that weekend’s game between the Bills and the Dolphins was similarly dramatic, as it featured the Bills blowing a 17-0 lead before halftime after Miami scored 17 unanswered points of its own.

There’s no telling what will unfold when the four teams that still have a chance to take home the Lombardi Trophy at Super Bowl LVII face off against each other in the upcoming slate of conference championship games. With that said, those contests serve as the perfect excuse to take a look back at some of the drama we’ve been treated to in the past—including the largest comeback (or, depending on how you look at it, collapse) to occur in an AFC Championship Game.

The Patriots and the Colts are two franchises that are very aware no game is truly over until the final whistle blows. New England was responsible for what is possibly the most iconic turnaround in the history of sports after the Falcons pulled out to a 28-3 lead in Super Bowl LI, while Indianapolis never gave up after falling into a 28-point hole against the Chiefs during their wild card matchup in 2014.
Those two squads were involved in the instant classic we were treated to when they faced off in the AFC Championship Game on January 21, 2007. That showdown marked the third occasion Tom Brady and Peyton Manning went head-to-head in the postseason, and the Colts QB headed into the tilt looking for a shot at redemption in the hopes of securing his first playoff win against the Patriots phenom.
However, Manning and Co. faced a major uphill battle. New England pulled out to a 21-3 lead with around ten minutes remaining in the second quarter, and the Colts were only able to put a tiny dent in that 18-point deficit before heading into the locker room down 21-6 at halftime.
Manning may claim he never consciously made any major adjustments prior to the second half, but it didn’t take long for the tides to turn once the third quarter kicked off.
Indy posted two unanswered touchdowns in eleven minutes to narrow the score to 21-19. and just like that, we suddenly had ourselves a game.
Those scores marked the start of a back-and-forth battle that saw the Colts and the Patriots trade touchdowns and field goals before New England took a 34-31 lead with a little under four minutes remaining. Unfortunately for them, that turned out to be more than enough time for Manning to prove why he’s considered one of the best quarterbacks to ever play the game.

The Colts started with the ball on their own 20-yard line before staging a methodical drive that ended with running back Joseph Addai punching the ball into the end zone from three yards out before Adam Vinatieri capped off the comeback with the extra point that gave them the 38-34 lead that stood until the final seconds ticked off the clock.

That 18-point comeback (which ultimately led to the Colts winning the Super Bowl) remains the largest in AFC Championship history—although there’s always a chance the Bengals or the Chiefs could set a new mark when they play on Sunday.