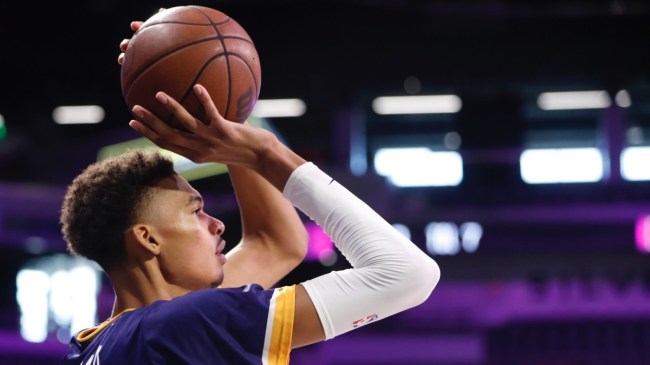 By now, you may have heard the name Victor Wembanyama. He’s a 7-foot-3 (or maybe taller) absolute freak of a basketball player from France. He can do it all, and is a megaprospect for NBA teams who will hope to have the chance to draft him in the 2023 NBA Draft.

Wembanyama recently made his debut on US soil with a pair of exhibition games against G League Ignite and whatever the highest expectations possible were, he exceeded them.

Wembanyama was unstoppable in the exhibitions

We will let the stat line from the two games speak for themselves.

One of the most insane performances I've ever seen. Secured his status as the next first-overall pick. Full Highlights: pic.twitter.com/TdGEDZKMtq

Are you hoping your favorite team loses 70 games yet? Unless you’re a fan of one of about five top teams, it should be “play like ya mama for Wembanyama.”

Basketball fans are infatuated with the center

If you’re a basketball fan, how could you not be obsessed with this kid? He is the type of prospect that could have a Lebron, Giannis, Michael Jordan-type impact on a franchise where he just turns the whole thing around long-term.

This is one of the great memes on the internet and it works perfectly. Also, could you imagine Coach Pop and Tim Duncan working with this kid?

As a Knicks fan, I know not to get my hopes up. But, some lucky team will have him suiting up for them next year.