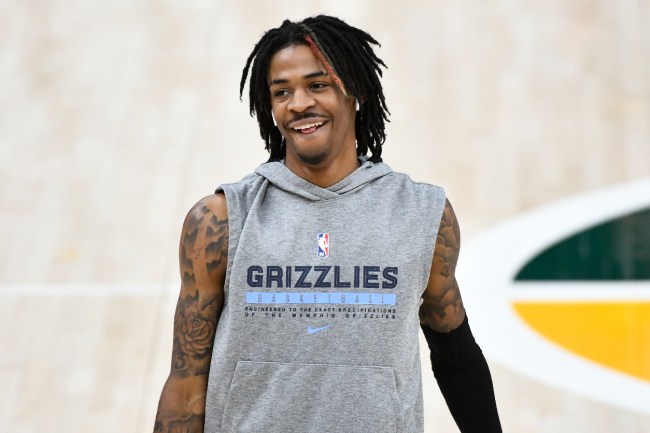 Memphis Grizzlies young star Ja Morant is enjoying life more than ever. Morant is fresh off a thrilling playoff run and has been rewarded with a massive new contract.

Well, Morant has been enjoying his time in the offseason. He not only cashed in on nearly $200 million (and possibly more), but he even went viral for tipping his waitress $500.

Morant is giving back to the people it seems. Recently a video surfaced of Morant tipping his waitress $500.

But, the best part of all of this is that the waitress didn’t recognize Morant at first. Then, when she did realize it was him, she had a priceless reaction and began to run around the restaurant.

The video came from Twitter user @shotbynie, who appears to be Morant’s personal photographer. And you might want to give him a follow right now to see more of Morant’s activities.

Others chimed in and said this is normal for Morant.

Most giving dude I know. Normal day for him. 🖤🙏🏾 https://t.co/NDc7txnRKl

What a terrific gesture by Morant and the reaction from the waitress is as priceless as it gets. Plus, not a bad day at work for her. Meet Ja Morant and get a $500 tip.