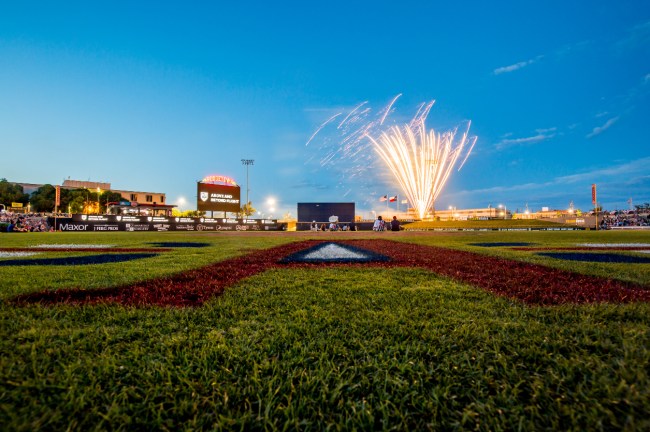 We have seen plenty of long home runs. New York Yankees star Aaron Judge is hitting the cover off of the baseball. But, Miami Marlins slugger Jesus Sanchez was just short of a 500-foot home run at the end of May in, the longest home run of the MLB campaign.

That was at Coors Field, so take it how you want to.

But, over the weekend, we saw an unreal home run, and it came from a minor leaguer. Arizona Diamondbacks minor league, Leandro Cedeno, hit an absolute moonshot.

The first baseman for the Amarillo Sod Poodles clobbered the cover off the baseball and hit it 527 feet. Yes, that is correct.

Cedeno’s blast is the longest home run hit since the Statcast began being tracked in 2015, and this should catch the attention of the Diamondbacks scouts.

On the year, Cedeno is hitting .302 with 18 home runs and 61 RBIs, so it’s pretty clear he needs to move up to Triple-A sometime soon.

Oh, and Cedeno did this on a 3-0 pitch in a one-run game. Talk about a bold move.

Perhaps we will see Cedeno hitting home runs for the Diamondbacks sometime soon, and if he keeps putting up numbers like this, it might even be this season.