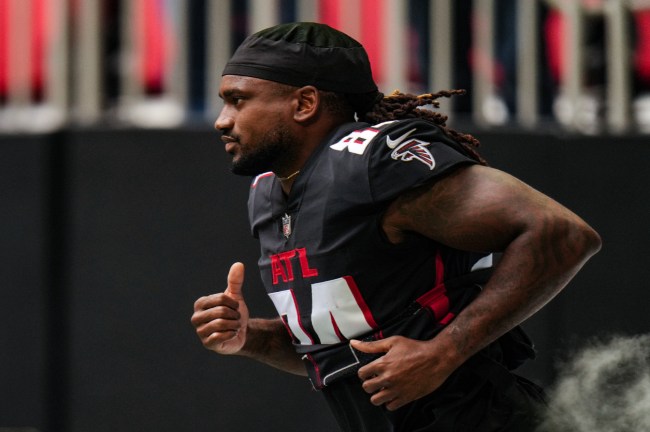 All 32 NFL teams will have started training camp by Tuesday, July 26. Many players have made their presence felt, and Green Bay Packers star quarterback Aaron Rodgers did his best Nicolas Cage impression while arriving at camp.

There have been plenty of great moments, but one unexpected one was the arrival of Atlanta Falcons RB/WR Cordarrelle Patterson.

The Falcons speedster emerged onto the scene last year as a viable weapon in both the running and passing game. Check out how Patterson arrived at Falcons camp.

That’s right, Patterson showed up in a Stinger and got everybody excited. The fans loved the entrance by Cordarrelle Patterson.

After an up and down career in the NFL, Patterson burst wide open in 2021. He set career highs across the board and was an electric weapon for Atlanta.

Patterson rushed for 618 yards with six touchdowns and added 548 yards receiving on 52 catches and another five touchdowns. He also returned 18 kickoffs last season, and he might do more of that in 2022.

Unfortunately, the addition of rookie running back Tyler Allgeier likely means less work for Patterson. Still, the decimated wide receiver room (except for Drake London) should allow Patterson to get some work in the passing game.

Nonetheless, Patterson has arrived at Falcons training camp in all kinds of style. Let’s see if he can build on an impressive 2021 campaign and help the Falcons offense flourish again.