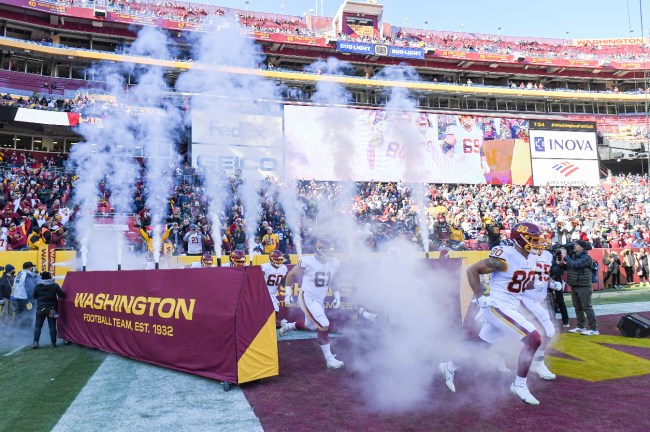 NFL preseason has arrived and everybody is excited. The Jacksonville Jaguars and Las Vegas Raiders kicked things off as we got a look at No. 1 overall draft pick Travon Walker.

However, the NFL preseason isn’t exciting for all teams across the league. In fact, one team has tickets to their preseason opener for an insanely low price.

GameTime, a secondary ticket platform, reports tickets for Saturday's preseason game between the Panthers and Commanders at FedEx Field are as cheap as $1.

Yes, the Washington Commanders preseason opener has tickets available for $1 on the GameTime ticket platform. For two tickets AND fees, the total is $12.

Furthermore, Commanders season opener tickets against the Jaguars can be had for $33 plus fees as of right now. That is cheap.

Still, despite the $1 price for the preseason, people aren’t flocking to go watch the Commanders play.

Not even worth that dollar https://t.co/6a34HWlFLO

For the cost of a monthly subscription to @TheAthletic, fans in Washington can go to Panthers-Commanders. https://t.co/cFIKav3OuR

That is super cheap, and it can’t get any cheaper. Sure, it’s the preseason, but $12 for two tickets to an NFL game? You can’t beat that.

The Commanders have some excitement brewing, and thankfully they were able to sign Terry McLaurin to an extension this offseason. Still, fans aren’t overly excited about the upcoming season, and this doesn’t bode well for the future stadium plans for Washington.

Let’s see how many fans show up on Saturday, August 13, when the Commanders face the Carolina Panthers.