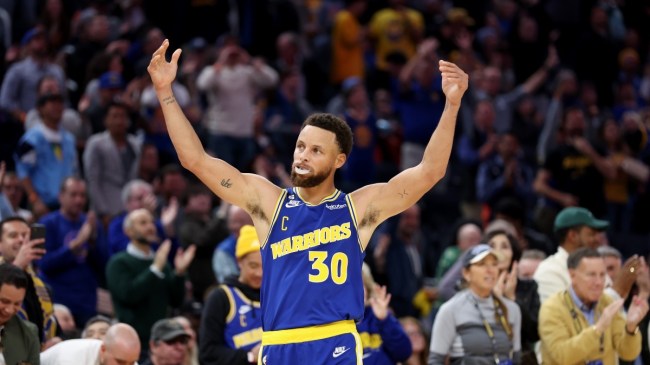 The defending champion Golden State Warriors have not been playing at a championship level so far this season. They started out the season 3-7, including a five-game losing streak. For the first time since their dynasty began, players like Draymond Green and Klay Thompson seem old and slow, and there just isn’t quite the same cast of role players they had last year. Steph Curry has been excellent, but he has been the only one playing up to their potential.

It’s early in the season for a must-win game, but it felt like the Warriors needed a win Monday night against the Sacramento Kings. A loss would drop them to 3-8, and people would start to ask some real questions.

Thankfully for Golden State, they still have Steph Curry.

Steph Curry went off for the Warriors Monday night

Curry delivered for the franchise like he has his whole career on Monday night.

Wow. What a stat line, right when the Warriors needed it.

This is my 3rd or 4th year of being a reformed Steph Curry can no longer hurt me just sit back and enjoy his greatness fan and it’s really not too bad. pic.twitter.com/2lrFH6a36b

That is a disgusting step-back three. A lot of guys in the league are proficient at it now. But, not one of them is as good as Steph is at it.

And, when the same player can drive by you and do this, defenses will have a problem.

He helped his the Warriors to a 116-113 win to stop the losing streak.

Golden State will be back in action against the red-hot Cleveland Cavaliers on Friday.