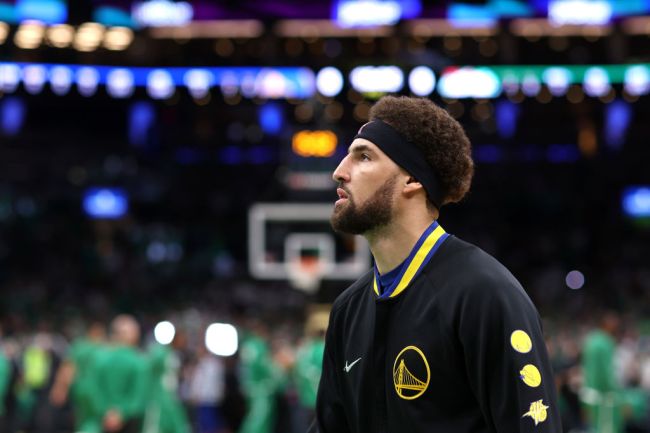 Klay Thompson is undeniably one of the greatest shooters in NBA history, but his brother Trayce admits the Warriors star’s talent actually lies in another sport.

The Golden State Warriors drafted Klay Thompson with the 11th pick of the 2011 NBA draft. In the decade-plus that he’s been in the Bay Area, the shooting guard has racked up four NBA Championships, five All-Star appearances, two Olympic gold medals, several NBA records, and an ESPY for Best Comeback Athlete.

It appears basketball wasn’t the only sport that Klay could’ve pursued professionally though. His younger brother Trayce Thompson, an outfielder for the Los Angeles Dodgers, expected him to become a professional football player instead.

The Thompson brothers spoke to Natasha Dye of PEOPLE on Monday about their respective pro sports journeys while also sharing praise for one another.

Klay was hyped after his brother Trayce’s big hit 😎

The Thompson brothers have been supporting each other since the beginning and that hasn’t changed. Most recently, the Dubs star was seen cheering on his brother during the Giants vs. Dodgers series.

Likewise, Trayce has always supported his brother’s pursuit of professional basketball. Although, he admits it wasn’t what he expected initially.

“I thought he was going to play football,” Trayce explained. “He doesn’t talk about a lot more anymore, but he was a really good quarterback.”

Given Klay’s shooting accuracy and range, it makes sense that the skills would translate. Ultimately, Trayce isn’t surprised by the success his brother has achieved in the NBA. He’s only surprised that Klay “quit football as early as he did.”

Kevin Durant's latest message to the Brooklyn Nets is loud and clear: It's either me or them. https://t.co/lmHJbseCcm

Clearly, Trayce still can’t believe his brother’s decision to pursue basketball over football. With four rings to his name, it’s unlikely that Klay has any regrets though. Now football fans can only wonder what a Game 6 Klay would have looked like on the gridiron.