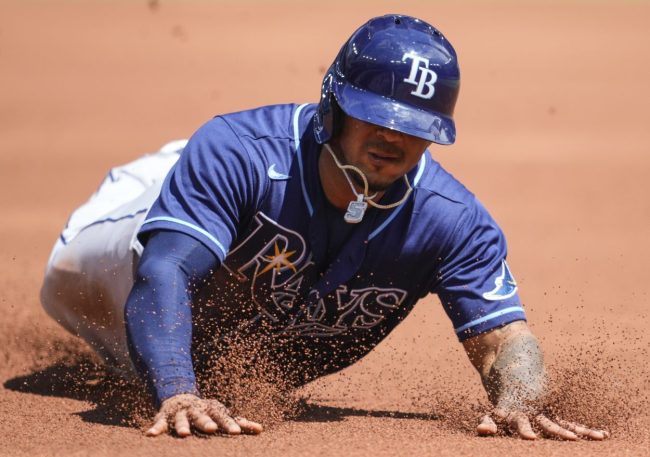 Tampa Bay Rays shortstop Wander Franco has long been considered one of the best prospects in all of Major League Baseball. After his call up last season, Franco lit up the league. As a rookie, he played in just 70 games, but belted seven home runs and knocked in 39 RBIs en route to a third-place finish in the American League Rookie of the Year voting.

Franco’s sophomore season hasn’t quite been as successful. Injuries has cost him significant playing time, including a wrist injury that currently has him out for 58 weeks. Through 58 games, he’s batting just .260 with five homers and 23 RBI. Though he has stolen five bases without once being caught stealing.

Unfortunately, things got even worse for Franco earlier this summer.. Much, much worse.

Wander Franco Has Massively Expensive Jewelry Stolen From His Car

An alleged serial burglar stole more than $650,000 of jewelry from Tampa Bay Rays shortstop Wander Franco’s car in June, according to court and police records obtained by me and @pinepaula. Nearly $550,000 worth has not been recovered.

ESPN Major League Baseball writer Jeff Passan reports that Franco had an ewe-watering $650 thousand stolen from a safe that he kept in a safe. The safe was in the back of his $350 thousand Rolls Royce Cullinan. It contained the following items.

The good news for Franco is that the thief, 24-year-old Kahlil Eugene Mathis, was identified and arrested on July 4. The bad news is that only about $100 thousand has been recovered.

The incident occurred while Franco was on a rehab assignment with the Triple-A Durham Bulls in Jacksonville, Fl.

Franco signed an 11-year, $182 million contract extension with the Rays in November.