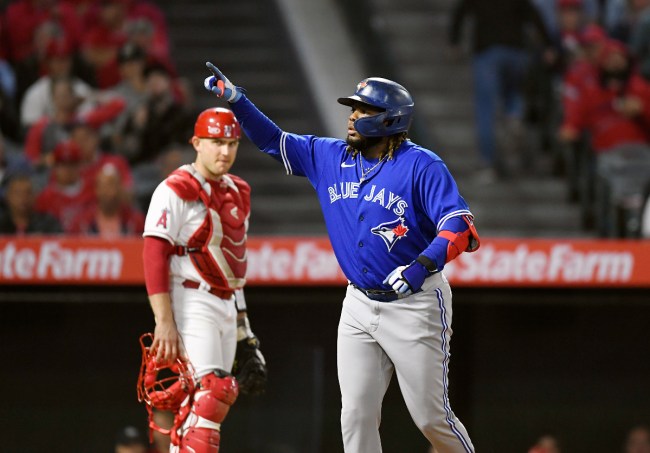 The home run was a bit of a sore spot for his father, Vlad Sr., who spent six seasons with the Angels, from 2004 to 2009. After the game, Vlad Sr. got honest about watching his son hit a home run against his old team.

Vladimir Guerrero Sr. on the home run Vladdy Jr. hit last night against the Angels: "Mixed feelings, happy because my boy hit a homer but it was against my team".pic.twitter.com/c0UKzLtvKX

It must have been odd for Vladdy Jr., also, who grew up watching his dad play for the Montreal Expos and the Angels mainly.

Another interesting note is that Vladdy Jr. hit the home run of phenom Shohei Ohtani.

Yeah, it must have been a bit strange for Vlad Sr. to watch the Angels go against his son’s team. However, he has to be a proud father for many reasons.

Vlad Sr. has a shrine in Cooperstown at the Hall of Fame with an Angels logo on it, and everybody knows how much he meant to that team.

Vladdy Jr. even spoke to reporters about playing in Anaheim, a place he lived while his father was a member of the Angels (h/t Gregor Chisholm of Toronto Star).

“I’m very proud. Of course, I was here for a long time. I pretty much grew up here and now I’m coming back here as a big leaguer.”

Vladdy Jr. is proud of everything his father accomplished, and Vlad Sr. is ecstatic about the success his son has enjoyed in his short career. Sure, he hit a home run against the Angels, but family comes first. Hopefully.