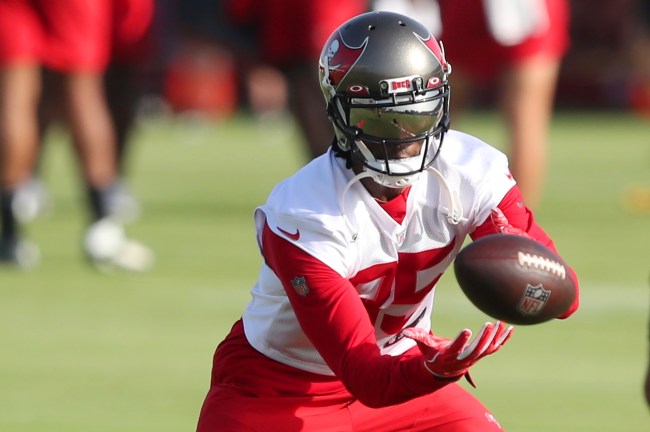 The Tampa Bay Buccaneers keep adding veteran talent to the roster. First, it was tight end Kyle Rudolph who steps in to try to fill the void left by Rob Gronkowski.

Then, it was veteran wide receiver Julio Jones, a move that sent shockwaves throughout the football world. Julio Jones isn’t the player he once was; to be frank, he doesn’t need to be.

With Russell Gage, Mike Evans, and Chris Godwin on the depth chart, Jones has a lot less pressure than ever before in his career. He also has this guy named Tom Brady throwing him passes, so that helps.

Jones wasted no time getting acclimated during training camp and showcased his talent.

Jones was traded to the Tennessee Titans last year and ended up with just 434 yards and a score on 31 catches. He played just 10 games, and the run-heavy Titans weren’t a good fit for him at all.

Now, Jones gets another chance to try to revive his career and, most importantly, to win that Super Bowl ring he has always wanted.

Jones won’t make the Pro Bowl anymore, but he is showing everybody he can still play at a decent level. If Jones can return even to half the player he was, the Buccaneers offense will look much more dangerous, and they could be hoisting the Lombardi Trophy at the end of the season.