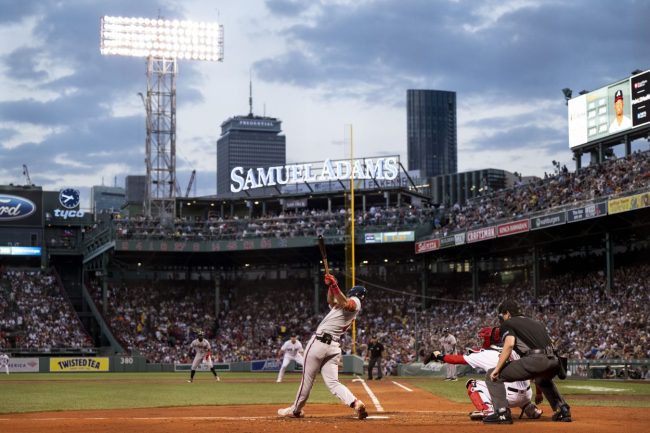 If you’re not familiar with the name Vaughn Grissom, it’s one you might want to get to know. The Atlanta Braves selected Grissom in the 11th round of the 2019 MLB Draft out of Paul J. Hagerty High School in Florida.

The infielder quickly rose through the system and was absolutely raking in the minor leagues to begin the season. Grissom hit .324 with 14 home runs and 67 RBIs in 96 games thus far. His performance helped him ascend to the top spot in Atlanta’s prospect rankings according to MLB.com.

With second baseman Orlando Arcia headed to the injured list with a strained left hamstring, Grissom got the call to join the big club for the first on Wednesday night in Boston.

After a fielder’s choice in his first at bat and a strikeout in the second, Grissom stepped to the plate in the top of the seventh inning still looking for his first Major League hit. Then he went and did this.

Vaughn Grissom's major-league career could go any which way and he'll still have this. Wow, what a moment. pic.twitter.com/NWeKwGOUr8

That, friends, is a 412-foot tank of a home run that cleared green monster and left the confines of Fenway Park. What a moment. The only thing that makes it even better is that Grissom’s parents were in the stands to witness the mammoth homer.

Baseball fans struggled to believe what they had just seen.

Just called up from AA… https://t.co/TyzNioSlNf

Grissom wasn’t shy about the home run either, as evidenced by the killer back flip and stare down of his handiwork. He finished the night 2-for-4 with two RBI and two runs scored after a single in the ninth inning.

How can you not be romantic about baseball? https://t.co/nZ7B1g1xaZ