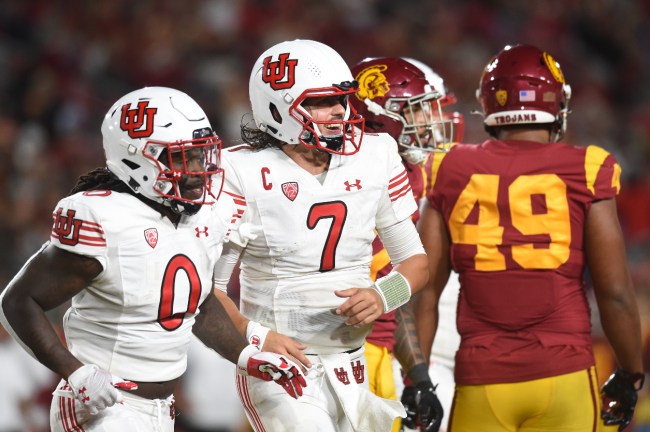 The world of college football is changing at an unbelievable pace. The monumental decision by both USC and UCLA to head to the Big Ten has everybody else scrambling.

With Pac-12 media days kicking off, the top talking point was that move. Obviously.

Utah quarterback Cameron Rising was asked about the move and summed it up with one word.

Utah QB Cameron Rising on his reaction to USC, UCLA leaving for the Big Ten:

It’s safe to say that Rising is sick and tired of hearing about these schools leaving. Utah, meanwhile, is in an interesting spot. They won the Pac-12 last season and are the favorites this year, according to the latest media poll.

Will the Big 12 come calling? Probably, at least according to the latest reports that have surfaced. But the Big 12 is nowhere near as loaded as the Big Ten, no matter which way you spin it.

The Pac-12 is going to look much different in a couple of years, and Cameron Rising might be wondering why people aren’t focusing on Utah this season.

The Pac-12 media days are busy and filled with tons of interesting quotes from Commissioner George Kliavkoff, so indeed he has a plan to keep the conference afloat for some time.