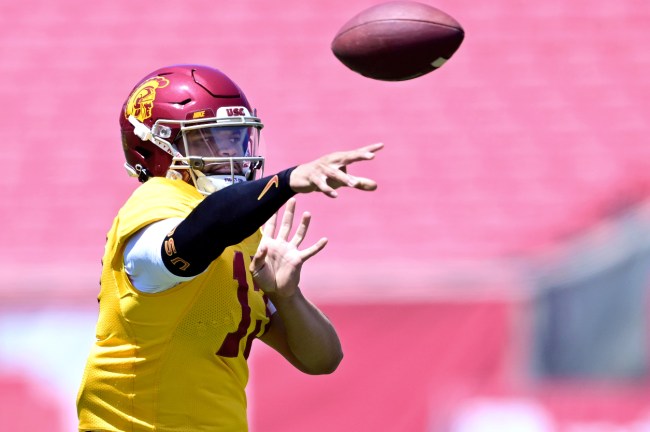 Williams has Heisman Trophy hype for every reason. Williams took over for Spencer Rattler last season in Oklahoma and was spectacular. Now, he’s dropping absolute dimes.

Just watch this one.

Williams made this look way too easy. Of course, some fans think this is fake, although Williams has an electric arm.

In 11 games last season, Williams threw for 1,9212 yards with 21 touchdowns and four interceptions. The entire offseason was full of speculation on where Caleb Williams would land. And, to the surprise of nobody, he joined the Trojans and reunited with former head coach Lincoln Riley.

The new-look Trojans have everybody excited, and bettors are already placing a ton of money on them to make the College Football Playoff. With the move to the Big Ten coming soon, all eyes are on the Trojans, and Williams, Riley, and company must be ready to step up and face the pressure.

Soon enough, we will see if the Trojans are for real. But, we all know that Caleb Williams is one of the best quarterbacks in college football.