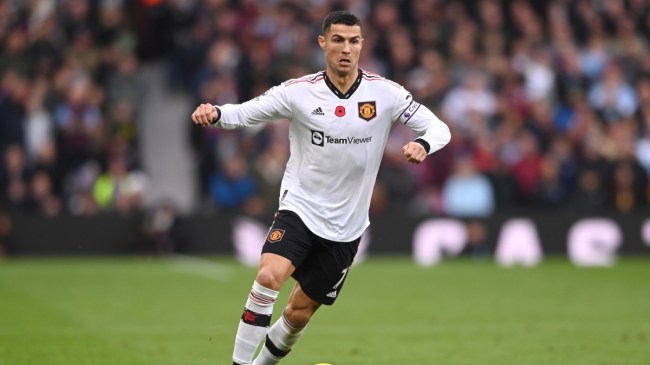 Yesterday, we reported on Cristiano Ronaldo making some unsavory comments about his current club, Manchester United. The former Real Madrid star has not enjoyed his 2nd stint with the club, after starting there as a boy. The five-time winner of the Ballon D’Or has found himself often out of the lineup for a middling United squad, and he aired out his complaints in an interview with Piers Morgan over the weekend.

It’s the interview rocking the world, and it hasn’t even aired yet! You can watch my 2-part special with the world’s greatest ever footballer @cristiano on @piersmorganuncensored @talktv this Wednesday & Thursday night at 8pm. It’s the most explosive interview I’ve ever done. 🔥 pic.twitter.com/3xvvlDLj4y

Cristiano Ronaldo to @PiersMorgan on the Glazers: “The owners of the club, Glazers… they don’t care — I mean professionally, sportingly. They don’t care” 🚨 #MUFC

“There are some things into the club that don't help Man Utd to reach top level".

“I never spoke to them, never!”. pic.twitter.com/51UL5JPLuC

Of course, this rubbed some people the wrong way, just days before the start of the World Cup in Qatar. Ronaldo was even snubbed by club and country Team Bruno Fernandes.

The moment Cristiano Ronaldo met up with Bruno Fernandes for World Cup duty for Portugal 👀 pic.twitter.com/xUGoxEwxNj

Erik ten Hag has told #mufc bosses that Cristiano Ronaldo should not play for the club again. [@RobDawsonESPN]

To make an American comparison, this would be like LeBron handing in a trade request to the Lakers. It’s going to be the biggest sports story in the world and comes right before the World Cup.