The Umpire Struggles Continue, Even In The Little League World Series 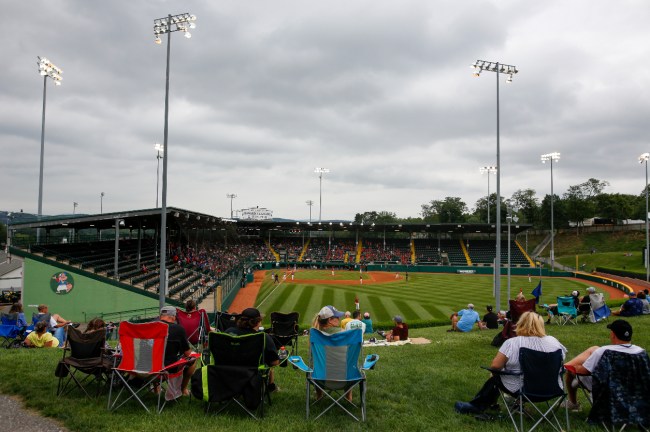 We have seen plenty of horrible calls from MLB umpires this season. Angel Hernandez, Hunter Wendelstedt, and Doug Eddings’ awful performances behind the plate are just a few examples.

However, we shouldn’t ever be discussing horrible calls in the game of Little League. Yet, here we are.

During a Little League World Series regional game between Washington and Oregon, Washington walked it off in crushing fashion for the opposing side.

On a ground ball that skipped over third base, the umpire called and signaled it foul. Somehow, the runner scored from first, and the review of the play showed it was a fair ball.

Washington advances to the Little League World Series because umpires say they called fair even though there was a foul ball signaled pic.twitter.com/rsFURks1Y5

The worst part of it all is Oregon did not go to the Little League World Series because of this call, and that will sting and hurt for a long time.

In the replay, the umpire at third base clearly called it foul, and the defense stopped. But, the third base coach waved the runner home and the play resumed.

Even after review, they stuck to the ball of a fair ball, and that was the end of the road for Oregon. Talk about heartbreak.

Unfortunately, that wasn’t the only bad call we saw during the regionals.

A team from Massachusetts is headed the #LLWS 👏@LittleLeague | @SCNext pic.twitter.com/YlhpZTKPss

Fans are upset about this, and rightfully so. Let’s not forget that these umpires are volunteers, so their service is appreciated. However, they just crushed the dreams of kids on the Oregon side, and this one will never be forgotten.