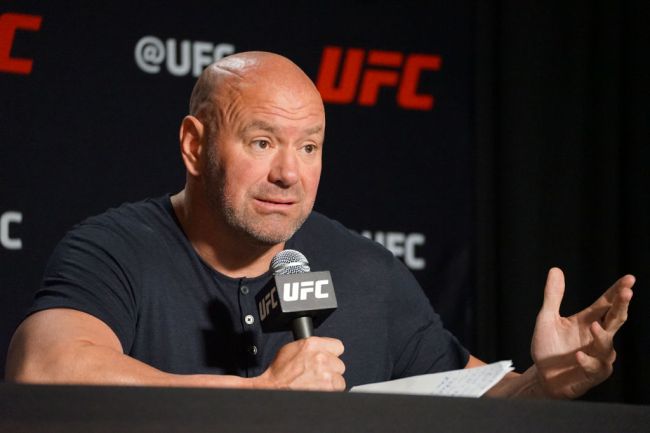 Who is the greatest UFC fighter of all time?

Many will say it’s former light heavyweight champion Jon Jones, who was the youngest champion in UFC history and holds the UFC record for most title defenses (14). Others will say it’s Georges St. Pierre, who dominated the welterweight division in the late 2000s before becoming a multi-division champion in 2017.

Anderson Silva, Khabib Nurmagomedov, Jose Aldo, Amanda Nunes, Stipe Miocic, and Demetrious Johnson all have arguments too. And the list goes on.

Now UFC president Dana White has joined in on the conversation. Appearing on GQ Sports’ Actually Me YouTube series, where celebrities reply to fans on the internet, White was asked to name his top 5 UFC fighters of all time.

With so many talented fighters stepping into the Octagon across the UFC’s history, it’s obviously difficult to narrow down. White reiterates how “there’s so many other people that should be on there,” even naming Usman as one specific example.

Notably, the UFC president doesn’t include Khabib on his list. Earlier in the episode, he answered why he doesn’t consider the former lightweight champion as the UFC G.O.A.T. White is convinced Khabib had the talent but ultimately believes he retired too early.

Is Khabib the UFC GOAT? 👀

“I mean Jon Jones is probably gonna fight at heavyweight this year. You know, whatever you think about Jon, it’s hard not to call him the G.O.A.T. Believe me when I tell you, I have tried to convince Khabib to come out of retirement. We will see what happens over the next couple of years. But I feel like he left in his prime. I mean, look at what he did to Justin Gaethje right before he retired,” said Dana White.

Khabib retired at the beginning of 2021 following the passing of his father. In his last fight at UFC 254, he delivered a dominant performance by submitting Gaethje via a second-round triangle choke. He then retired as the no. 1 pound-for-pound fighter, leaving fans wondering what could have been.

It appears Dana White has the exact same thoughts as the rest of us fans. While he may not include Khabib in his top 5 as of now, he does leave the door open should the Russian come out of retirement. Even then, Dana will certainly have a tough time finding a name to replace on his current list.