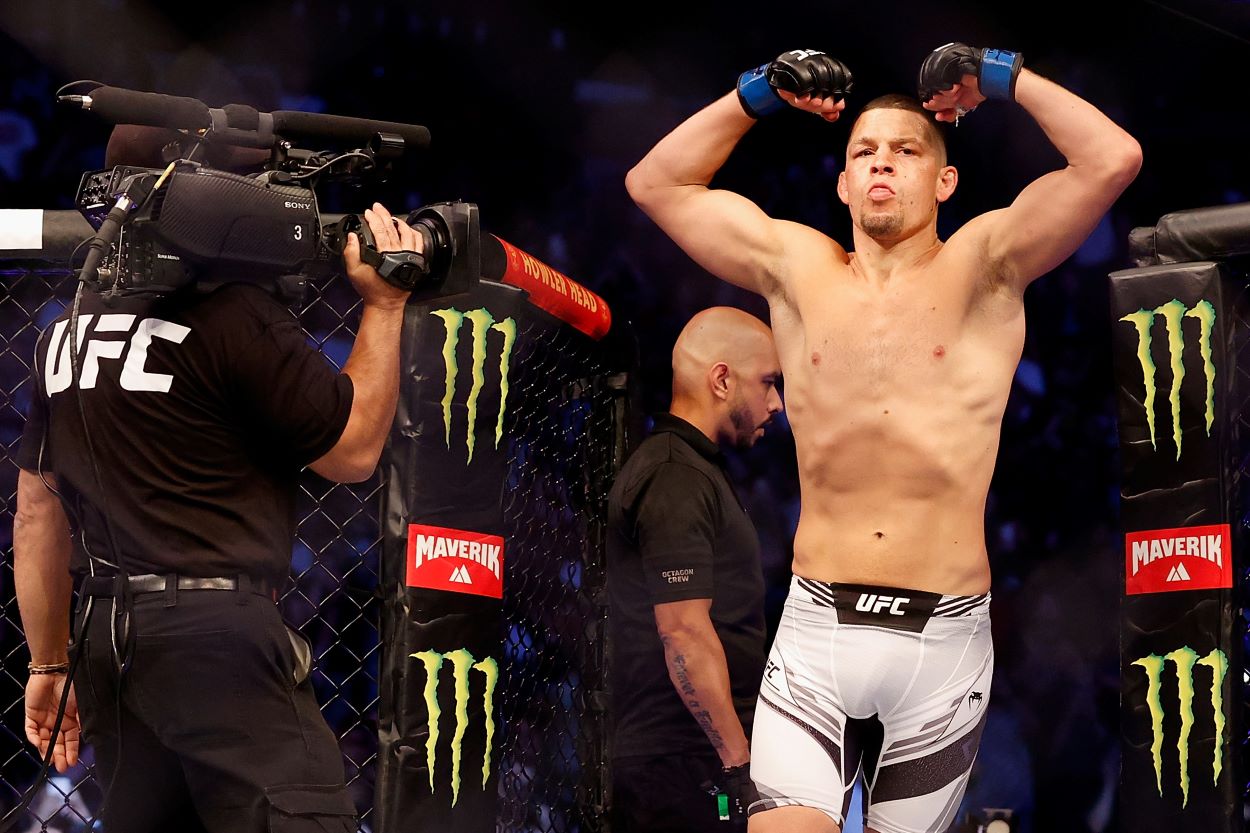 The UFC fighter has repeatedly asked for his release from the company, and just recently urinated outside the company’s headquarters in a show of his dismay.

Now Diaz is again asking for his release publicly, and UFC President Dana White as well as YouTube star Jake Paul have a lot to say about it.

Ufc release now please or give me fight with anyone in July or august
I have bigger shit to do pic.twitter.com/xyYSCBysLs

Diaz and Paul have long been rumored to fight, but the former is still under contract with the UFC. After Diaz’s tweet Tuesday morning asking for his release, White had this to say on YouTube show TheMacLife:

“I mean, I like Nate. Let’s be honest. Nate’s won one fight in the last five or six years. You know? When these guys get into these positions, you’ve got guys that been with us for a long time, that we we respect, that we care about…So you want to be fair to everybody, you want to do the right things or whatever. Nate Diaz isn’t going to come in and fight (UFC Welterweight champion) Kamaru Usman.”

Nate Diaz Could Be Set To Fight Jake Paul

With rumors swirling around a potential Diaz-Paul boxing match, White went on to say “he probably should go on and fight Jake Paul. That’s a fight that makes sense.”

Which prompted the following from Diaz:

Paul also seems intent on making the fight happen. But he’s got some different terms.

Dana – I’m happy to be Nate’s last fight in UFC. You know the terms: pay fighters more and give them healthcare.

Sweetener: I will fight for free. https://t.co/fhj6Ig9bS2

Whether we’re any closer now than we were a week ago to a resolution is unclear. But what is clear is that neither of the three seems to like one another.