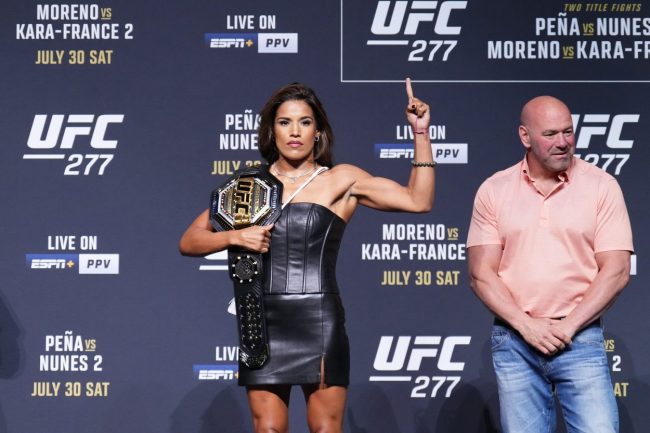 When Julianna Pena beat Amanda Nunes for the UFC Women’s Bantamweight Championship on Dec. 11, 2021, it was considered one of the biggest upsets in the promotion’s history.

Pena had no particularly notable wins prior to the fight and Nunes had dominated the division for over five years, clearing out any and all contenders in her division.

Now, the two are set to meet again on Saturday night for the rematch. And Pena has absolutely no plans on giving her seat atop the division back to Nunes.

So much so that she’s willing to do whatever it takes to win, even if that means resorting to underhanded tactics .

Those are some pretty bold statements. Pena also stated that she wanted people to know that her victory over Nunes was no fluke.

“It’s frustrating, you know,” she said. “They said that she slipped on a banana peel and that’s why she lost that night. But that’s not the case, and that’s what we’re doing here. We’re going to run it back and do it again, and maybe you guys will finally put some respect on my name.”

Pena’s talking a big game. Now we’ll wait until Saturday to see whether or not she can back it up in the cage.