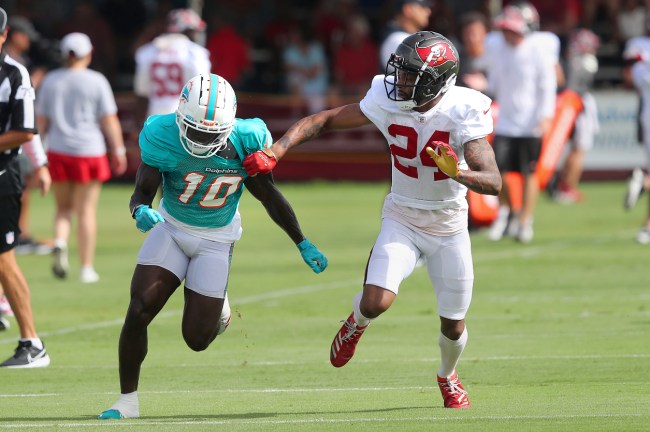 The Kansas City Chiefs stunned the entire football world by moving on from superstar wide receiver Tyreek Hill. He was traded to the Miami Dolphins, and all offseason long, the Tua-Tyreek duo has been a hot talking point for NFL fans everywhere.

Patrick Mahomes’ top weapon is gone, although Travis Kelce is still around. Nonetheless, Hill opened up on his departure from Kansas City and threw a shot toward his former team (h/t Armando Salguero of OutKick).

“I feel like when the Kansas City Chiefs traded me I kind of took that personal. So now what really motivates me is I feel like they basically just threw me to the side, like I was trash or something.”

He wanted a bigger contract, and the Chiefs didn’t want to pay him, so both sides moved on and he ended up in Miami with a shiny new extension.

Going from Patrick Mahomes to Tua Tagovailoa is a massive difference, but there is no denying the talent of Hill. Even with the new deal, he has a lot to prove with his new team. It also helps that Jaylen Waddle is on the other side, and offensive guru Mike McDaniel is in his first year as head coach in Miami.

Let’s see what the new-look Dolphins team looks like.