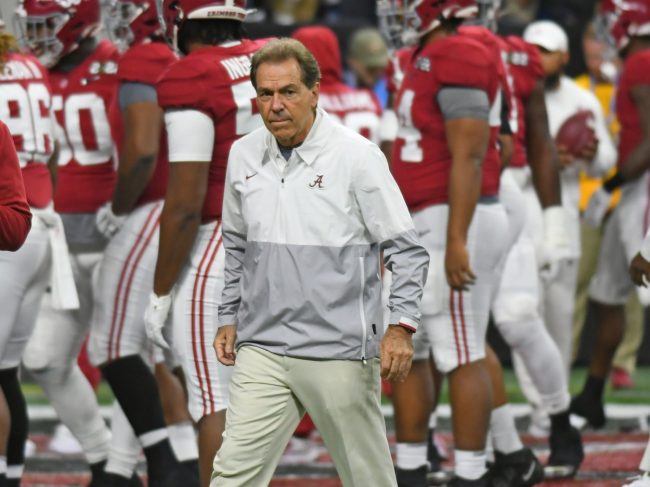 You might want to remember the name Tyler Parker. Because he may just be tormenting your favorite college team’s quarterback in five years.

Parker is a 14-year-old from Santa Margarita High School in California and he looks like this.

Yes, you read that right. Parker is just 14 years old! The rising high school sophomore is young for his grade, but as you can see he’s already built like a pro. Parker works with Brandon Collier of Premier Players International. Collier also works with one of the top defensive line prospects in the 2023 class, Mamadou Cissokho.

Parker’s incredible physique is matched only by his testing numbers. According to his Hudl page, the rising star can bench press 185 pounds 25 times, he runs a 4.9 40-yard dash and he can deadlift 415 pounds.

His on-field tape is equally impressive.

Parker’s explosiveness for his size and age immediately jumps out and reminds you of a young Aaron Donald, who is currently terrorizing teams in the NFL.

Unsurprisingly, Twitter was losing its mind over the fact that Parker is so physically dominant at such a young age.

This kid is 14 years old. might as well send him to the league now, gahdamn 😂😂 https://t.co/F2jeOO2GCY

In the time of inflation I’m just thinking of the poor parents who have to feed this machine…..HE IS FOURTEEN https://t.co/mfMjcAnyPQ

Parker’s incredible physique and impressive tape have already drawn interest from colleges. The University of Arizona has already made him a scholarship offer. And it likely won’t be the last one he receives.

Apparently 14-year-olds look much different than I remember these days.