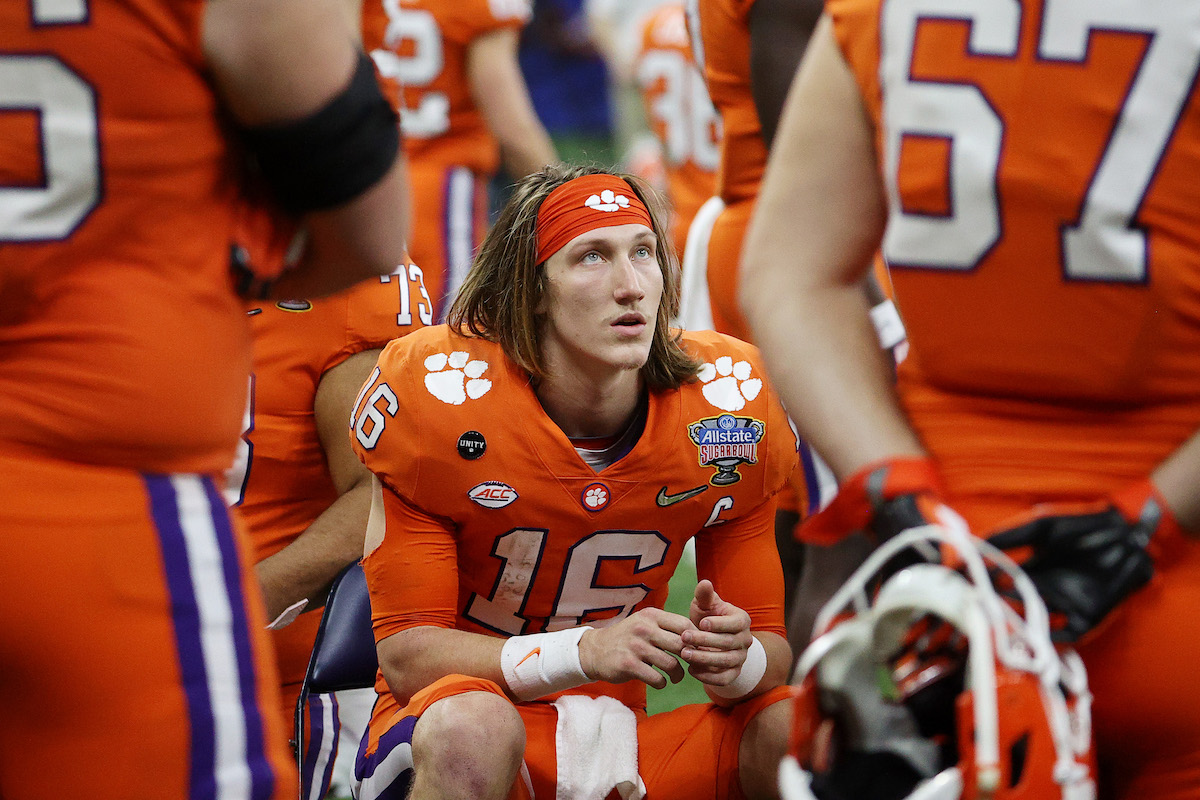 Former Clemson Tigers quarterback Trevor Lawrence, who many experts believe could be a once-in-a-generation prospect leading into the 2021 NFL Draft, just inked one of his first major sponsorship deals, securing an exclusive sports card deal with Topps. The projected No. 1 overall pick, Lawrence is getting in on the booming trading cards industry, which has grown exponentially over the past year during the pandemic.

Topps is betting big on Lawrence leading up to the NFL Draft, and isn’t just handing the signal-caller his own card set, but actually giving him (and his family) some control over the designs of said cards. There’s no rookie hazing going on here.

The set will feature cards of @Trevorlawrencee on a mix of Topps Football designs through out the years, as well as cards showcasing the incredible artwork by husband and wife artist duo Brooke and Chase Lawrence! pic.twitter.com/HnFI1RlqFM

According to Topps, via Yahoo! Sports, the Trevor Lawrence series will release in April — prior to the draft — and will consist of 50 cards priced to sell for less than $100. While Topps is planning on creating 30 of the trading cards, Lawrence’s sister-in-law (Brooke) and brother (Chase) will design the other 20, allowing for a unique experience for fans. Here’s a look at some of the designs posted on Twitter.

Likely No. 1 NFL draft pick Trevor Lawrence has a deal with Topps for his brother and sister-in-law Chase and Brooke Lawrence, pro artists, to create a 50-card limited-run set of him. Will be released in April. No price yet. pic.twitter.com/19zVGqVTgl

According to the Yahoo! Sports report, a number of the trading cards will be autographed by Trevor Lawrence, making them quite the awesome piece of sports memorabilia to hold on to for the next decade or so — especially if the quarterback ends up being the player most experts believe he can be. It follows a trend of other athletes, like Rob Gronkowski, who will release a personalized collection of trading cards; both in physical and digital form.

Jeff Heckman, Topps’ global director of ecommerce, commented on why the trading cards company decided to put such a unique spin on this card series, per the aforementioned Yahoo! Sports piece.

“We always try to celebrate and chronicle what’s going on in sports and pop culture. This is the first time we’ve done anything like this. The closest predecessor might be last year’s collaboration with Cristiano Ronaldo on a 40-card set dedicated to the soccer star.”

“We saw a lot of different people in the sneaker and fashion world collaborate with celebrities and musicians and artists. We said, ‘We’ve got this great canvas that’s 2.5 x 3.5 inches. Why can’t we partner with artists and give them the creative reins too?’”

Since Topps’ competitor, Panini, holds exclusive rights on physical trading cards with both the NFL and NFLPA, the Trevor Lawrence collection can’t include any Clemson or NFL logos. But, in all honesty, after seeing the pre-launch sample designs above, that’s a good thing, because these trading cards are like pieces of pop art that shouldn’t be ruined with additional, unnecessary logos.