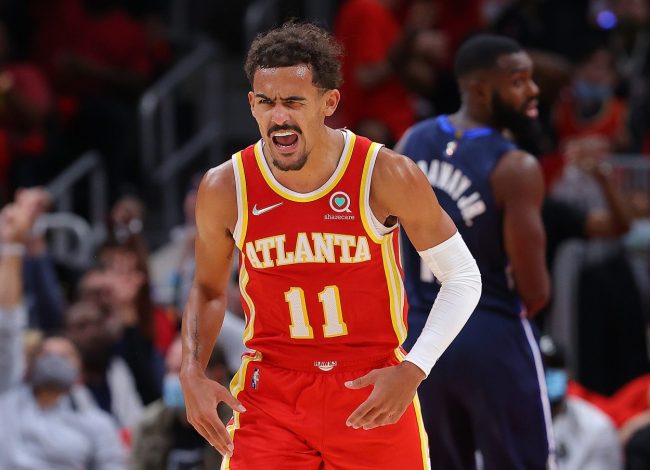 Christmas Day is always a special one for basketball fans. The NBA has been playing games on Christmas since as far back as 1947. So it’s always an exciting time when the league reveals its full slate of Christmas contests, which usually contains a slew of marquee matchups.

This year’s list was no different. According to Shams Charania of The Athletic, the following games will all take place on Dec. 25.

The game between the Grizzlies and Warriors, in particular, has NBA fans talking after Memphis superstar Ja Morant asked for and received the game. He and Draymond Green then went back and forth on Twitter about the contest.

That’s the power of your voice Young! Let’s goooo! Bring the fam to the crib for dinner after https://t.co/xs8GpKkQtE

Perhaps the most glaring omission from the list of teams is the Atlanta Hawks. While Atlanta limped into the playoffs last season and then got hammered by the Heat in the first round, the Hawks have since become far more intriguing. Part of that intrigue is adding All-Star guard Dejounte Murray into the mix after a blockbuster trade with the San Antonio Spurs. Murray has since caused a stir by getting into beef with Paolo Banchero, the No. 1 pick in the 2022 NBA Draft.

Hawks superstar Trae Young didn’t seem happy to have his team left out, and he took to Twitter to show his displeasure.

Atlanta doesn’t have much of a claim to a spot. Though in fairness neither do the Knicks. But Young’s tweet clearly shows the type of competitor he is.

Melo over KD?! Draymond Green is crazy for this one. https://t.co/L4XLcVyHjJ

Maybe by the time Chirstmas rolls around people will talk about how the Hawks should be playing.