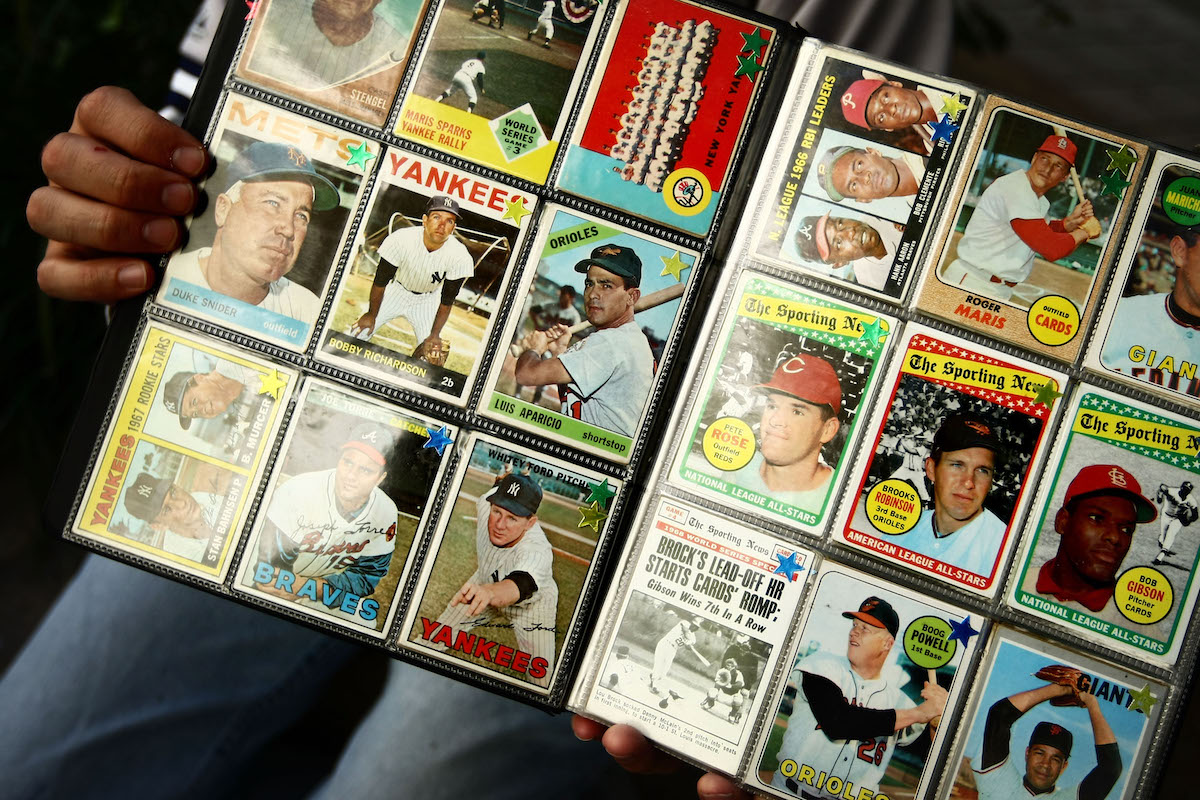 As technology continues to help evolve the trading cards industry, a new company called Alt is helping elevate the way collectors invest in their favorite sports memorabilia. With some of the most expensive sports cards setting records on the daily — like a Kobe Bryant rookie card recently being sold for $1.8 million and a Mickey Mantle card collecting a wild $5.2 million — not everyone interested in the booming trading cards industry can get involved. Bottom line: It can take lots of money to make money.

But thanks to Alt, sports collectors can find a new way to be part of the action, with the company offering a marketplace for people to invest in trading cards, creating a stock-like platform to get in on the fun. After raising more than $31 million in funding, the company currently has a waitlist for new users, proving the concept has plenty of interest.

With news of the recent funding being reported by TechCrunch, here’s how an article described Alt’s platform.

The company provides a GOAT-like marketplace for the cards, authenticating the transactions and providing buyers with the peace of mind that the slice of cardboard they’re dropping several thousands of dollars on is no fake.

While entities like NBA Top Shot have rallied a new generation of buyers around blockchain-era digital trading cards, its success has been enabled by the excitement that traditional collectibles markets have been garnering recently.

In essence, Alt creates a community around the trading cards industry, allowing multiple people to invest in their favorite cards in order to own a small share. And with the pandemic bringing new and old consumers to the marketplace, this is a new way for generations to share in the hobby.

“I’ve talked with a lot of people in the community and one of the things I love is how intergenerational this is. I see a lot of kids and their parents doing this together,” Alt CEO Leore Avidar tells TechCrunch.

The trading cards industry has seen an abundance of big-time investors enter the space recently, with names like Mark Cuban and Kevin Durant joining the likes of Reddit Co-Founder Alexis Ohanian as people seeing the long-term growth. As digital card companies like Sorare and NBA Top Shot continue to boom, so, too, do physical cards, which remain hot items on auction sites.

While Alt is currently focused on sports trading cards at the moment, the company does plan to expand into other items and assets, hoping to include things like rare sneakers and watches. Platforms like this only make it easier for collectors to be part of a growing industry, so it may be worth exploring alternative investment options like this rather than dropping hundreds or thousands on a rare trading card — since most people don’t have that type of disposable income just lying around.