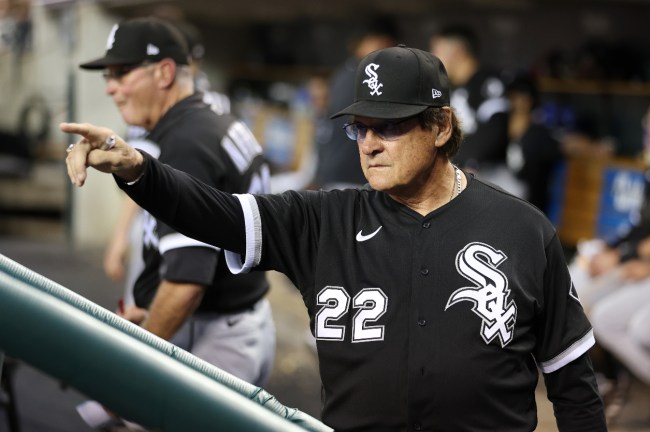 Chicago White Sox manager Tony La Russa continues to raise eyebrows. Of course, his priceless reaction from a wild 8-5 triple play was all the buzz recently.

But, La Russa’s managerial decisions are quite confusing. On Tuesday, another strange occurrence happened against the Cleveland Guardians.

But, the most confusing part is that it was on an 0-1 count.

With a runner on and two outs — and the Guardians up by four — La Russa stunned everybody. Sure, an intentional walk to Ramirez makes sense.

What doesn’t make sense is throwing one pitch and THEN walking him. Oh, and the pitch was a strike. The announcers were just as confused as everybody else and simply had no explanation for La Russa’s decision.

La Russa caught a ton of heat for this decision — and rightfully so.

this man honestly needs to be drug tested everyday … https://t.co/4aKjDdMBhJ

Why throw him a strike to start with? @tristandubbayou https://t.co/JrzLXqCJmr

I cannot WAIT to hear Tony La Russa explain this one. https://t.co/AG8Xe6LjGG

This man should not be coaching baseball https://t.co/dBPBNEmGGK

Couldn’t be more confused. There is zero explanation for this. Even if you forgot to walk him at the beginning of the ab, you still got a strike on him with 2 outs. Larussa is losing it. https://t.co/Ps7pks5ysV

It has been a rough season for La Russa, and the White Sox are falling quickly in the American League Central. As the announcers said, there is no explanation for intentionally walking somebody on an 0-1 pitch, and we’ll be sure to keep an eye out for La Russa’s reasoning.

However, the next batter, Franmil Reyes, struck out to end the inning. So, that’s good news for La Russa.