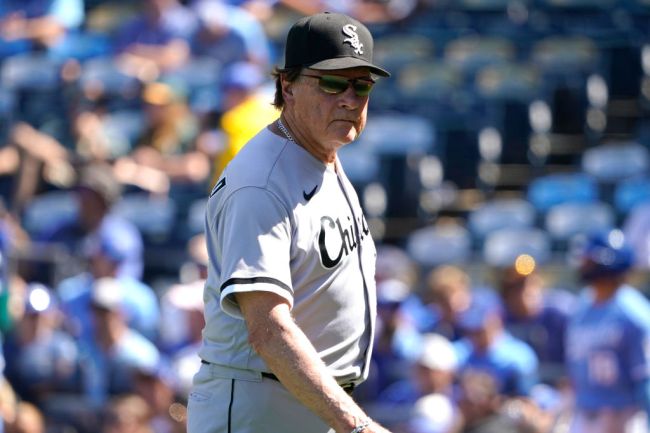 MLB fans are all too familiar with La Russa’s mind-boggling decisions at this point. He walked Dodgers’ Trea Turner on a 1-2 count back in June, which led to a 3-run homer. Then, he did it again by walking Guardians’ Jose Ramirez on an 0-1 count. And of course, there’s the time he dozed off in the first inning of a game.

La Russa displayed more of his famed coaching skills on Monday night against the Houston Astros. But this time, he got some help from a nearby White Sox fan.

In the 8th inning, the White Sox tied the score with a runner in scoring position. Before the next at-bat, a fan shouts at La Russa to swap Adam Engel in as a pinch runner. To everyone’s surprise, the White Sox manager listens.

Did this guy get Tony La Russa to use a pinch-runner? 😅

Just when you thought you’ve seen it all, La Russa pulls another trick out of the bag. Fans are constantly yelling suggestions throughout games, but it’s not often a coach actually takes one seriously.

It appears La Russa quite liked the fan’s idea and he quickly ran up to the home plate umpire to call a timeout. Engel, known for his speed, subbed in for Eloy Jiménez on second base. The Astros would then walk the next two batters, allowing Yoan Moncada to knock home two go-ahead runs.

With the White Sox winning 4-2, those 8th inning runs proved to be the decider. But that didn’t stop fans from jumping at the opportunity to roast Tony La Russa.

It’s gonna take a village to will this team to the playoffs we all have to do our part.

I cannot get over this. Tony La Russa had to be reminded by a fan to use a pinch runner.

At some point it went from being like absurd hilarious to just so bad it’s sad.

If the White Sox ever decide to move on from La Russa, perhaps they can look towards their stands for a replacement. This White Sox fan seemed very informed and observant at least.