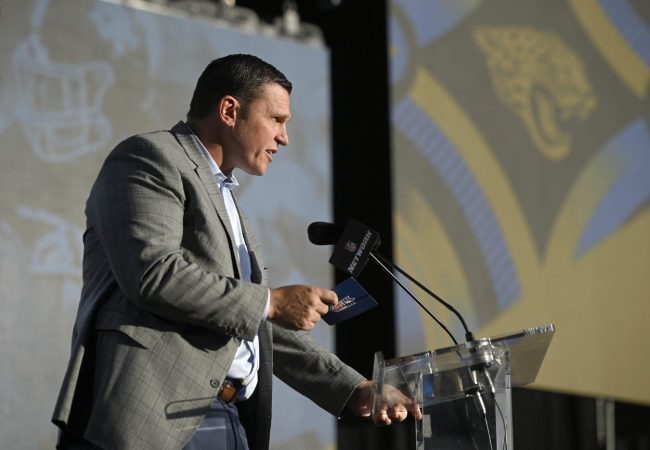 Boselli becomes the first Jaguars player in franchise history to be enshrined in Canton. The immense tackle played just six NFL seasons before a shoulder surgery cut his career short. But in that time he was nothing short of dominant. Boselli made the Pro Bowl in every year from 1996-2000. He was a first-team All-Pro from 1997-199 and he was a member of the 1990s all-decade team.

Boselli had to wait a good bit of time before hearing his name called for Canton. But when it was, he was left with an incredibly special moment that will make even the toughest person shed a tear.

In an interview with former NFL lineman and current media personality Ross Tucker, Boselli revealed a heartfelt story about his father, who passed away due to cancer shortly before Boselli was told he was going in to the hall.

“One of the things that really bothered me last year when I didn’t make it, (was) my dad was fighting cancer,” he said. “And I knew there was a good chance he wasn’t gonna make it through the year. So when I got the call last January, a year ago in January, from David Baker that I didn’t make it in the hall of fame, I was like ‘ugh, that’s a bummer.’ But the big bummer was my dad, I knew he was in a battle for his life.”

Boselli’s father then passed away on Memorial Day of 2021. But not before leaving his son with an incredible memory.

“What I didn’t know, 12 days before he died my wife and one of my best friends convinced him to do a video congratulating me making the hall of fame. So I’m sitting at USC, and all these funny videos, really nice videos are going on. Then all the sudden the video of my dad comes up, 12 days before he died. And Ross, I couldn’t watch it.”

Boselli was the baddest of bad when it comes to NFL lineman. But moments like that will surely tug at the heartstrings of anyone.