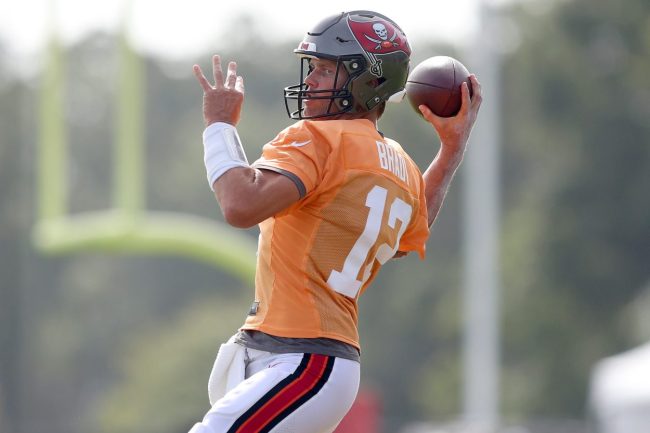 It might just be time for Tampa Bay Buccaneers fans to start worrying about Tom Brady. The seven-time Super Bowl champ left Tampa Bay preseason to take a leave of absence on Aug. 11. At that point, Bucs coach Todd Bowls said Brady was dealing with personal matter and that the team was aware of the absence and allowed it.

One person that seemingly isn’t okay with Brady’s absence is former teammate Antonio Brown. Brown and Brady reportedly lived together for a brief stint while teammates in Tampa Bay. But the enigmatic wideout seems to be bothered by the preferential treatment the team is offering Brady.

That treatment may continue for a while according to Bowles, who says he’s not sure when the legendary QB will return to the field.

“We’ll see,” Bowles said, according to ESPN, when asked Thursday when Brady will return. “We’ll talk about it next week. [I’m] not concerned about it right now. We’re trying to practice against Tennessee and play a game. I said ‘sometime after Tennessee.’ There’s no definitive date for me. But we’ll check on it, we’ll keep in touch and we’ll find out.”

Brady was never likely to play in the preseason. The recently turned 45-year-old has the ins and out of the game down pretty well by now. But the Bucs are now just three weeks away from the start of the regular season.

THIS is why football is amazing. 🙌https://t.co/dWgZFIFEN4

Tampa Bay travels to Dallas to begin the season on the Sept. 11 edition of Sunday Night Football.