Fans And Media Across The League Send Happy Birthday Wishes To Tom Brady, Who Is Somehow 45 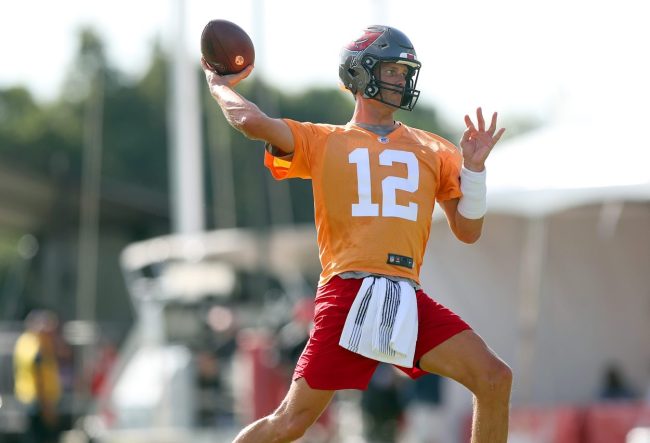 The reality is that the Tampa Bay Buccaneers is inarguable as the greatest quarterback of all-time. What’s crazier is that he doesn’t appear to be slowing down anytime soon. Just last season, at 44 years old, Brady once again made the Pro Bowl after throwing for a career-high 5,316 yards, 43 touchdowns and just four interceptions.

Brady turned 45 on Tuesday and Twitter was full of fans, media and fellow players giving him his flowers.

The 🐐 @TomBrady turns 45 years-old today, and there is no sign of him slowing down.

Happy Birthday to an icon! pic.twitter.com/eMUXnYLj0k

45 years old and not slowing down. Happy birthday to the 🐐 @TomBrady! pic.twitter.com/MvudLKt6OS

Of course, there are those who aren’t particularly big fans of Brady. Which is understandable. But those birthday tributes were a little bit more tongue-in-cheek.

Brady’s 45th birthday comes just one day after he was implicated in a tampering scheme by the Miami Dolphins that cost the team two draft picks and a whole lot of money. But Brady did not face any penalty.

Instead, he’s preparing for the first game of the Buccaneers’ season. Tampa Bay begins the regular season on the road against a beleaguered Dallas Cowboys team.