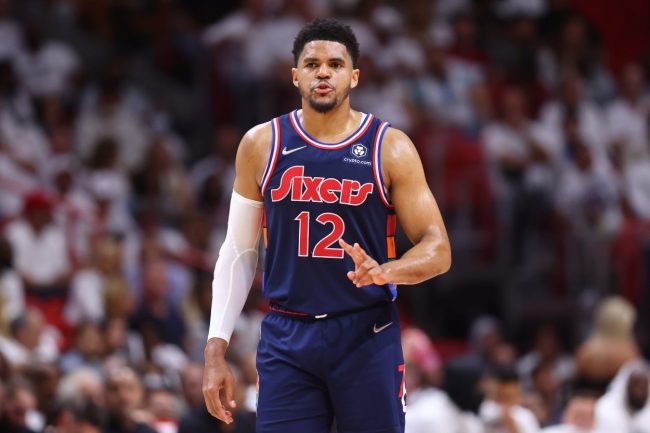 Philadelphia 76ers forward Tobias Harris has had an interesting offseason, to say the least.

After James Harden’s new contract with the Sixers, Harris is officially Philadelphia’s highest-paid player. Despite that, Harris has been the subject of a number of rumored trades as 76ers general manager Daryl Morey looks to retool around Harden and Joel Embiid.

Harris appeared to be enjoying a period of downtime from the rumors as Kevin Durant and Kyrie Irving continue to hold the offseason hostage. That is, until former Japanese prime minister Shinzo Abe was assassinated earlier this week.

That’s wait Tobias Harris decided it was time to write a controversial column about Abe in the New York Times.

In the @nytimes, I have an essay on what I believe characterizes Abe's career-spanning political project.

Meet Tobias Harris. A scholar who studies Japan and Asia as well as an Abe biographer. Harris, the non-NBA player, has been all over the news with stories not only in the New York Times, but also the Washington Post.

Twitter, as it often is, was immediately confused and had plenty to say to and about the NBA player.

The funniest part about this is that it's not the Tobias Harris Sixers fans think it is, and yet it's extremely easy to believe it is because of Tobias' interests outside of basketball. https://t.co/mQSN97SZtn

Tobias Harris, the basketball player, quickly cleared up any confusion.

If you’ve followed me for long enough you’d know my grammar isn’t on that level lol https://t.co/Qil6f5AqyE

After with Tobias Harris, the scholar, apologized for all the sudden confusion.

I'm sorry for making a mess of your mentions this weekend. 🙇‍♂️

Basketball player Tobias Harris is an avid reader and often comments on issues outside of sports. So it wouldn’t be all that surprising if he had an opinion in what was a world-changing event.

Sadly, this was not the case.

It still created what is undoubtedly the funniest thing to happen on Twitter this weekend.