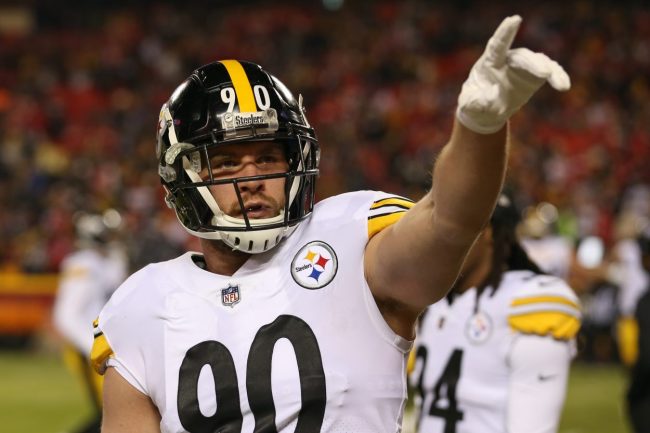 The Wisconsin product racked up 22.5 sacks, tying Michael Strahan’s record for most in a season, on the way to winning NFL Defensive Player of the Year honors for the first time. Watt joined his brother JJ, who won the award three times in 2012, 2014 and 2015.

Apparently that doesn’t mean anything to the people over at EA Sports Madden NFL 23. Despite Watt clearly displaying his dominance as the league’s best pass rusher, he won’t be the top-rated pass rusher in the upcoming game. In fact, he’s not even close to the top pass rusher by the numbers.

Watt comes in as the second-ranked pass rusher in the game behind Myles Garrett of the AFC North division rival Cleveland Browns. While you may say “second isn’t that far behind,” note that Watt comes in a full three points behind Garrett, who lands a highly coveted 99 overall ranking.

Don’t get us wrong, Garrett is an absolute beast and had 16 sacks of his own last year. He’s averaging almost a sack per game through his five years in the NFL. But Watt was on a level of his own last season and has been one of the league’s best pass rushers throughout his career. In fact, Watt has 72 sacks in 77 games compared to 58 in 68 for Garrett.

Understandably, fans across the league struggled to make sense of the ratings.

This is beyond ridicule. The Madden series has been on a downward trend for a decade and is showing no signs of reversing course. What a joke https://t.co/2dOueaj70h

Getting pretty sick and tired of the TJ Watt slander https://t.co/lWUvmSJhdI

The only Madden rating I’ll complain about. Just doesn’t make sense that Garrett is higher than Watt. Should be a 99, then Garrett at 98 https://t.co/1hM5gzkMFI

The rating seems to lack any logic at all. But at least Watt can call up another divisional rival in Ja’Marr Chase and joke about the game together.