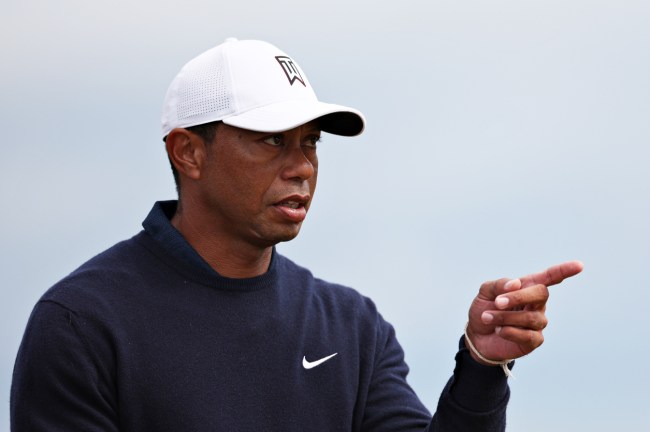 The sport of golf will definitely be different if Tiger Woods hangs up his spikes for good. Yet, rumors swirled over the weekend that he might retire soon.

With The Open Championship getting ready to kick off, the question came up about Woods’ potential retirement. And the best golfer in this generation quickly shut down those talks.

Tiger Woods has no plans to call it quits yet 👏pic.twitter.com/70MWBBEQvO

Well, that should end those talks relatively quickly. Of course, anything can happen, but as of now, Woods has no initial plans to retire from golf.

Woods elaborated a bit more, too, saying no many times and speaking on his playing schedule.

But woods did say it could be his last round at St. Andrews while playing at the highest level, and he knows better than anybody that his time in the sport is running out.

Since before the turn of the century, Woods has been on professional golf tours, so picturing a PGA Tour without him in the picture is an unreal thought.

With The Open Championship kicking off, let’s hope for one more outstanding run by Tiger Woods at St. Andrews. But, as far as retirement goes, he insists that is out of the picture.