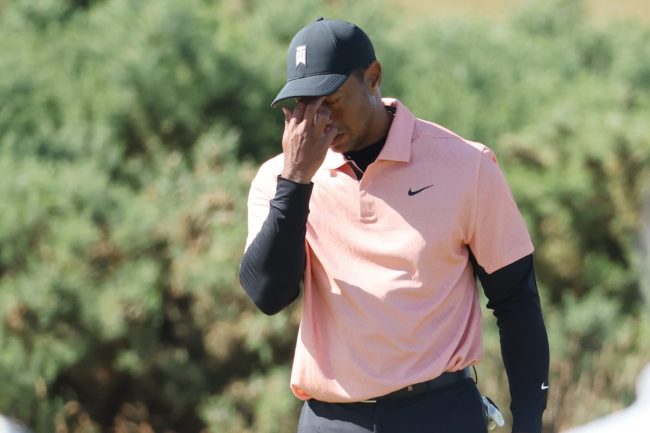 The last few years have been an absolute whirlwind for Tiger Woods. The golf superstar capped a stunning comeback with an unlikely win at the 2019 Masters Tournament. He then suffered another setback following a massive car accident in February of 2021 that shattered his leg.

Since then, things have been difficult for the big cat. He returned to competitive action at the 2022 Master and looked solid. Woods finished 47th in the event, but was 13 over par and 23 shots off winner Scottie Scheffler. He then grinded his way through three rounds of the PGA Championship before being forced to withdraw.

Woods skipped the U.S. Open at The Country Club in Brookline, Massachusetts due to injuries suffered from the crash and to better prepare for the British Open at St. Andrews. This year’s Open Championship marks the 150th, and as such St. Andrews was taken off its usual five-year rota to host the special event.

Woods has won twice at the Old Course, in 2000 and 2005, and the course is a special one to him. So it’s no surprise that he opted to prioritize to event. What is a surprise, however, is that it may be Woods’ last Open Championship and perhaps even his last professional event.

Folks….brace yourself for the Tiger Woods retirement press conference after this week. #TheOpen

Nick Bradley, a golf instructor who also serves as an analyst for Sky Sports, insinuated that a Woods retirement press conference could well come after this weekend.

No chance. Hard to see him announcing anything so final https://t.co/HyekdMcuwb

Bradley is pretty well tied-in to the golf world, so it wouldn’t be a stunner if he knew something that others didn’t. Either way, Woods will certainly have the attention of the entire golf world during and after this week’s British Open.