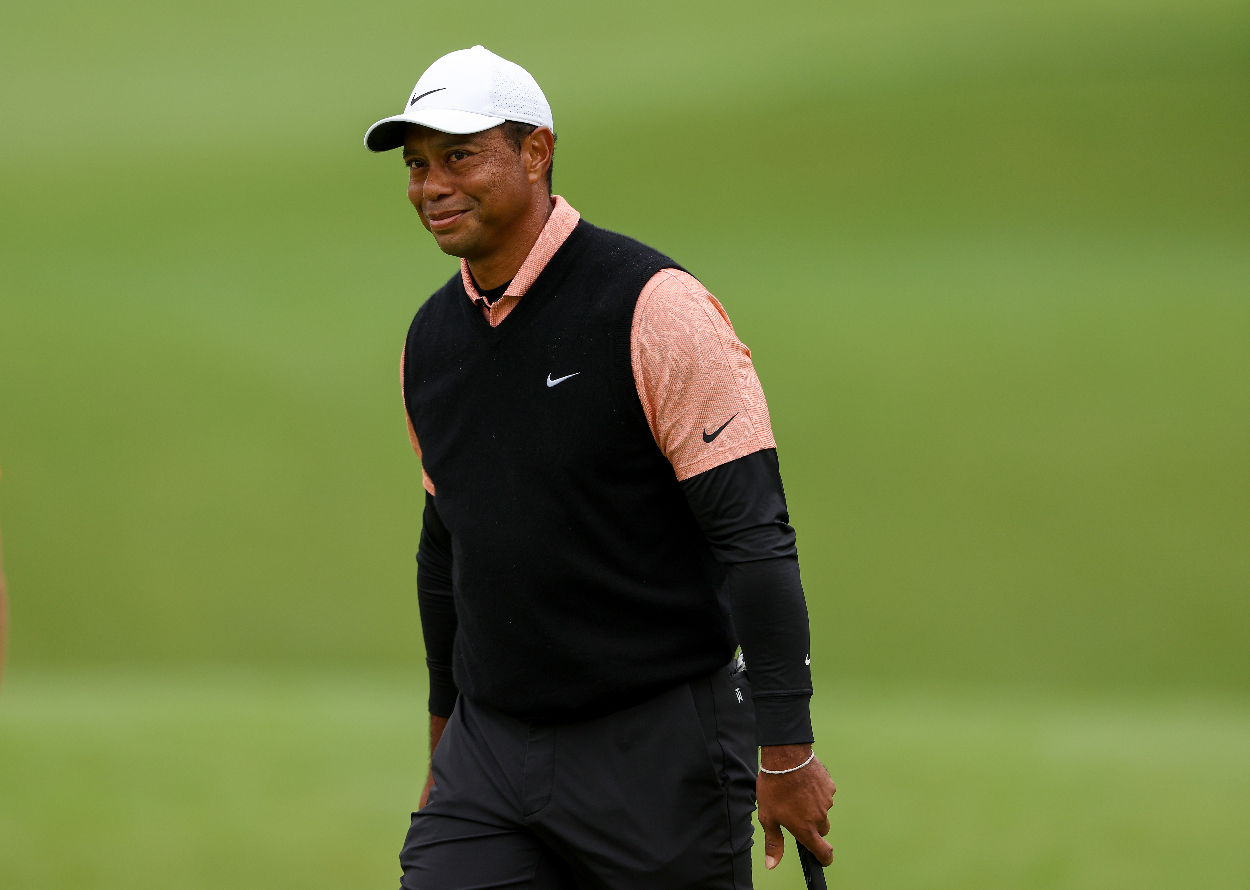 Tiger Woods wont be playing in the upcoming 2022 US Open at The Country Club in Brookline, Massachussets.

I previously informed the USGA that I will not be competing in the @usopengolf as my body needs more time to get stronger for major championship golf. I do hope and plan to be ready to play in Ireland at @JPProAm and at @TheOpen next month. I’m excited to get back out there soon!

Woods announced Tuesday morning that he had informed the USGA of his intention to miss the events. Following a serious car crash in February of 2021, Woods returned to action for the first time in April at The Masters where he was able to make the cut but finished at 13-over, well off the lead.

He then returned to play again at the PGA Championship at Southern Hills in Tulsa, Oklahoma. Woods struggled at the site of his 2007 PGA Championship victory, making the cut but withdrawing following a third round 9-over, 79. He cited soreness in the broken leg he suffered in the car accident as the reason for his withdrawal.

What Next For Woods

Though he’ll miss the US Open, Woods’ tweet appeared hopeful that he’d be able to compete in the JP McManus Pro-Am in Ireland on July 4th and 5th followed by a return to competitive golf in the 150th Open Championship. That event will be held from July 14th-17th at St. Andrew’s in Fife, Scotland.

Woods has won the Open Championship three times, including a pair of victories at St. Andrew’s in 2000 and 2005.

There continues to be an outpouring of support for Woods from fans and supporters alike. Thus it was no surprise to see plenty of tweets wishing him well and a speedy recovery as The Open Championship fast approaches.

Turn and wave to the world on the Swilcan Bridge in July Tiger, you have nothing left to prove. Your heart, determination & incredible talent has made billions marvel at your greatness & we are forever indebted. Go rest & enjoy all you accomplished, even these past two majors. https://t.co/Nzdd6IHCxo

No surprises here. Can’t wait for Tiger’s return to the Old Course 🙌🏻 https://t.co/VyeS56fuqV

Love it. Let’s continue to build for St Andrews. He’s got a legit shot to win there, unlike Brookline. https://t.co/19A75ZTPvO

I continue to be amazed that Tiger can walk, let alone play golf, let alone compete in the PGA. If he needs to pace himself, it’s fine. https://t.co/ax9xgxwt7q

Get well Tiger you have nothing left to prove but be healthy for your family!

Rest up GOAT. You don't have anything to prove to anyone. Whenever you're ready.

Wishing you all the best with your rehabilitation and getting stronger Tiger. I totally understand what struggle you are going through and it's challenging but if I can do it then so can you.

Your determination, work ethic, the countless hours you obviously put in to heal, to practice, perfect your game, pushing through the pain show your passion for your sport,A ton of amazing natural talent doesn’t hurt either! All positive thoughts your way! An inspiration to all!

Good. This never would have made sense.

St Andrews has about 10’ of elevation change. Much better fit. https://t.co/HiSnrzRGkC

As The Open Championship approaches, Woods will try to get back to full health. Skipping out on the U.S. Open will allow him more opportunity to do so.