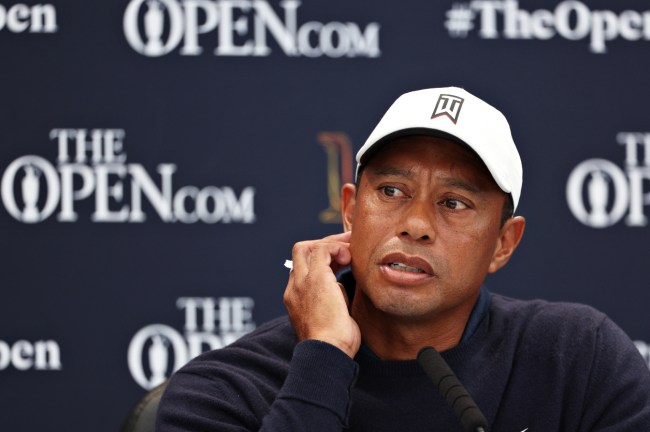 The new LIV Golf tour has definitely become a significant talking point in the game of golf. The PGA Tour has lost a number of players to the latest tour, and it has become a controversial issue.

PGA players have discussed their true feelings on this new tour, and the inside look of the LIV Golf private jet was quite the scene.

But, with The Open Championship about to get underway, golf icon Tiger Woods issued his take on the new LIV Golf fad (h/t Brendan Quinn of The Athletic).

Woods didn’t stop there and added that those players have “turned their back on what has allowed them to get to this position.”

LIV CEO Greg Norman also received backlash from Tiger Woods after the R&A decided to ban Norman from the festivities.

Tiger Woods believes it was "the right thing" not to invite Greg Norman to The Open 😬 pic.twitter.com/W0yblHfy3L

Rory McIlroy also blasted the LIV Golf tour this past weekend and offered a similar take to Woods.

“There’s no room in the golf world for LIV Golf. I don’t agree with what LIV is doing. If LIV went away tomorrow, I’d be super happy.”

All in all, the LIV Golf tour isn’t going anywhere — at least not yet. But, the PGA Tour stars are openly expressing their feelings, and Norman not being invited to The Open might be a tough pill for him to swallow.