The New York Knicks Are Doing Everything Possible To Land Jalen Brunson, Including Giving Away Key Pieces 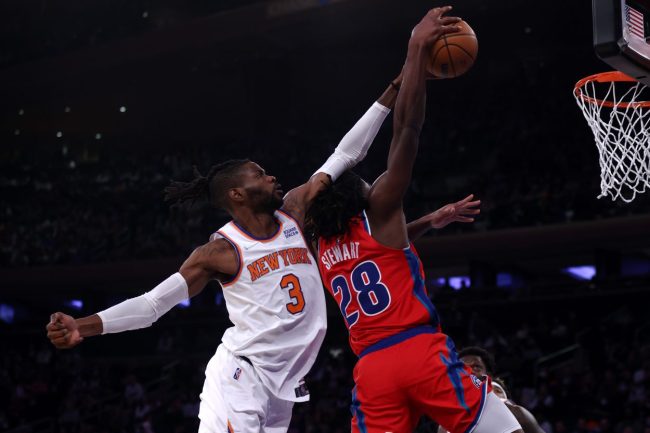 They’re preparing to make the Dallas Mavericks free agent point guard a gigantic offer once he hits the market. They’re sacrificing draft picks to create space for him. And their fans seem to like him much more than the now-unavailable Kyrie Irving.

The Knicks have already taken their pursuit of Brunson to extreme levels. They even hired his father. Now it looks like New York is prepared to take yet another step to make sure it lands its man.

The Knicks are reportedly looking to send backup center Nerlens Noel to the Los Angeles Clippers to clear his cap hit. The Clips are set to lose backup center Isaiah Hartenstein in free agency and Noel’s $9.2 million salary fits into the trade exception they gained when moving Serge Ibaka to the Milwaukee Bucks.

For New York, the move would help clear $24.5 million in cap space for Brunson, assuming they waive veteran forward Taj Gibson. This is all according to a report by Mike Scotto of HoopsHype. Noel was a capable backup to starter Mitchell Robinson this past season. He averaged 22 minutes per game and while he scored just 3.4 points per game, he pulled down 5.6 rebounds and blocked 1.2 shots in those minutes.

It’s clear that Knicks President Leon Rose seriously covets Brunson and he seems prepared to do whatever it takes to bring him to Madison Square Garden.